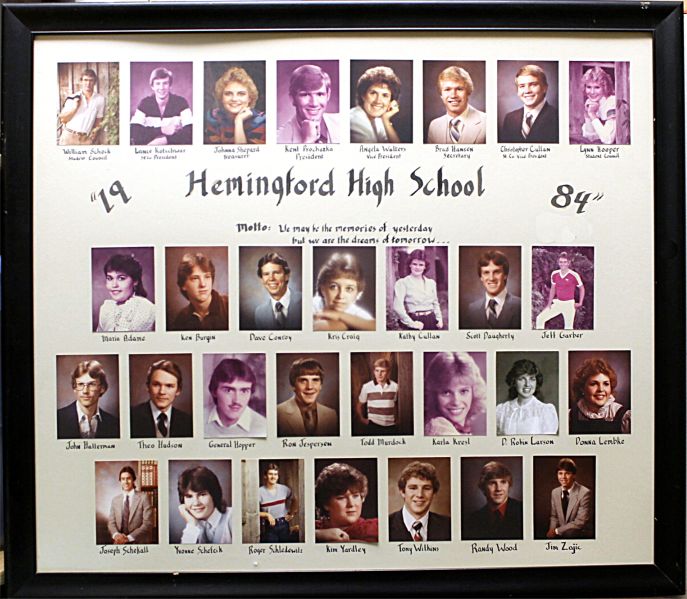 Drama and One Acts – "The Intruder", "Busybody"

Football – The team returned to 11-man and finished the season with a 3-5 record under the coaching of John Stanton.

Volleyball – Coach Brown and the Lady Bobcats ended their season with 4 wins and 13 losses.

Girls Basketball – A team that had balance according to Coach John Stanton, completed the season for the second best record in girls' basketball history.

Boys Basketball – Coach Tim Lanik and his boys finished the season with a 13 win and 6 loss record.

Wrestling – Coach Planansky and his matmen qualify 4 for state competition

Girls Track and Field – A small but competitive team competed well and finished second in three meets.  They set one new record and we led by Coach Bauder.

Boys Track and Field – As a team, two new school records were set and they were coached by Tim Lanik.  Keith Jenkins, Kent Prochazka, Dan Hudson, and Jim Zajic qualified for state.

Senior Class Motto –"We may be the memories of yesterday, but we are the dreams of tomorrow…"