Hemingford Class of 1985. (Please click on thumbnail to enlarge) 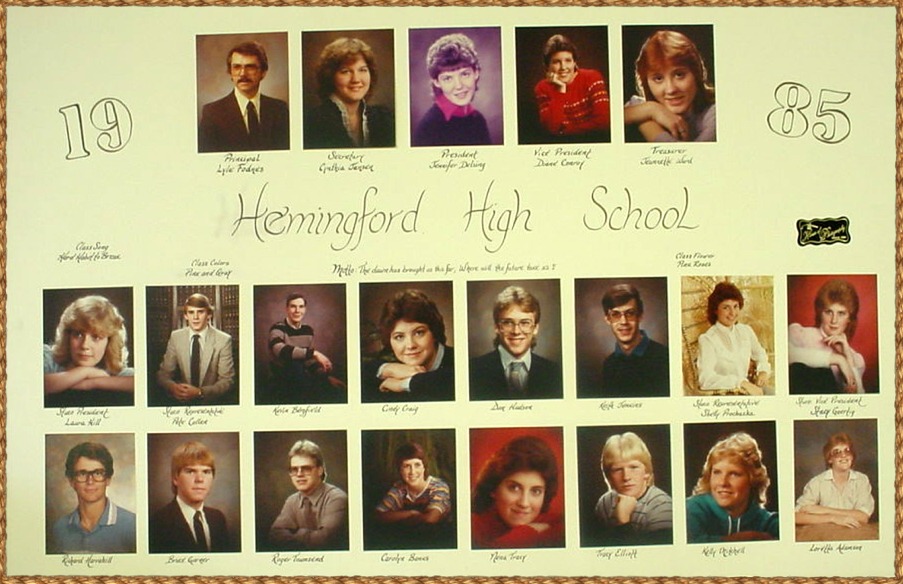 Music Department – The band marched in the Box Butte County parade and Chadron State Band Day. At district music contest, they were awarded a superior. Director Sue Shaver also hosted over 140 band members in the annual Panhandle Conference Clinic, held in Hemingford in 1985. 57 members made up the school chorus, who also won a superior at Districts. KCSR Radio of Chadron broadcast the Christmas concert.

Football – Going 5-4 in 1985, and qualifying for the state play-offs with their best record in five years, the Cats were coached by Mr. Stanton. Tim Campbell, fullback and Paul Hanks, receiver, were picked for the Prairie Athletic All Conference team. 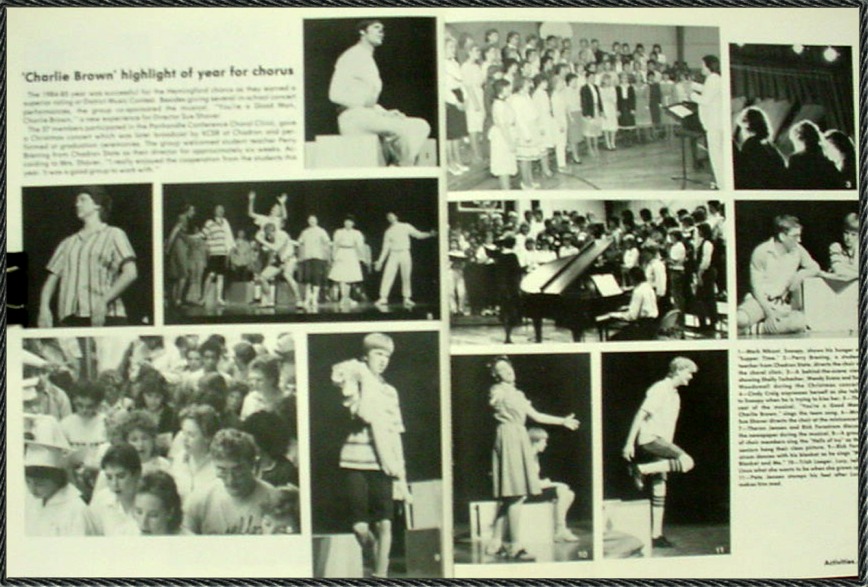 Girls Basketball – Winners of their 5th straight Panhandle Conference crown, the Lady cats had a record of 12-6 for Coach Stanton. Jennifer Delsing and Trish Laeger were selected as first team all conference players, with Lori Walters and Laura Klemke on the second team.

Girl’s Track and Field – The Girls Track team won the Hay Springs Invite, and finished second in the Panhandle Conference.  Coach Barb Zurn had two record setters in 1985, with Marcia Puita running a 5:56.1 in the 1600, and Tricia Klemke running a 13.0 100 and 63.3 400 to break those records. Jennifer Delsing was injured, preventing her return to the state meet.

Boy’s Track and Field – Keith Jenkins was a district champion in the 400, and placed fourth at State. Dan Hudson also qualified in the hurdles, with Paul Hanks also qualifying in the high jump. Coach Tim Lanik’s team won three meets, including the Hay Springs Invite and the Panhandle Conference Meet.

Clubs and Activities –Science club and Junior Engineering Technical Society (JETS) were also active, with 26-30 members in each. H-Club and GAA also had many members.

Prom Theme – “A Night to Remember”;

Senior Class Motto – “The dawn has brought us this far; where will the sunset take us?” Colors – Pink and grey; Class Flower – Pink Rose; Class song – “Hard Habit to Break” by Chicago.

More activities in 1985 (Please click on thumbnail to enlarge) 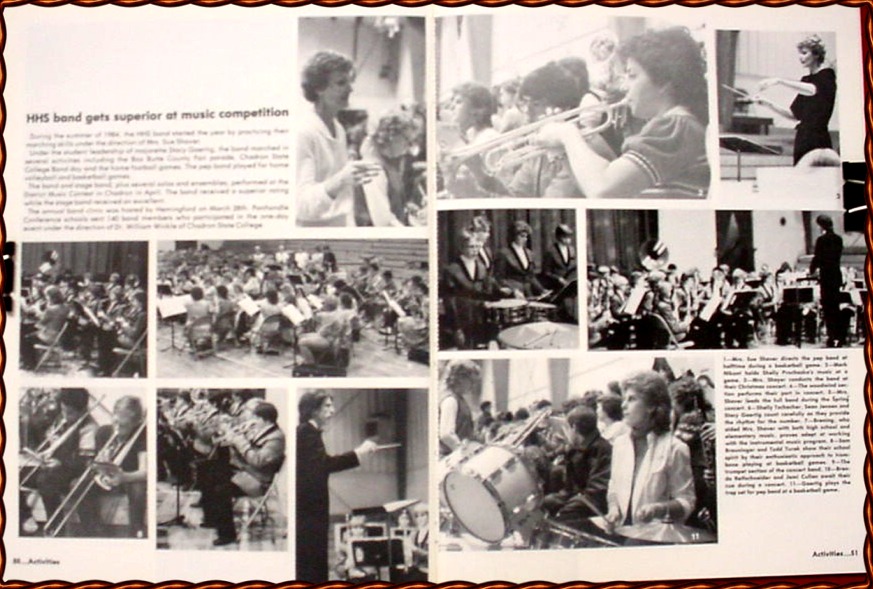 Senior Class Enrollment – 20 (smallest class in a while)