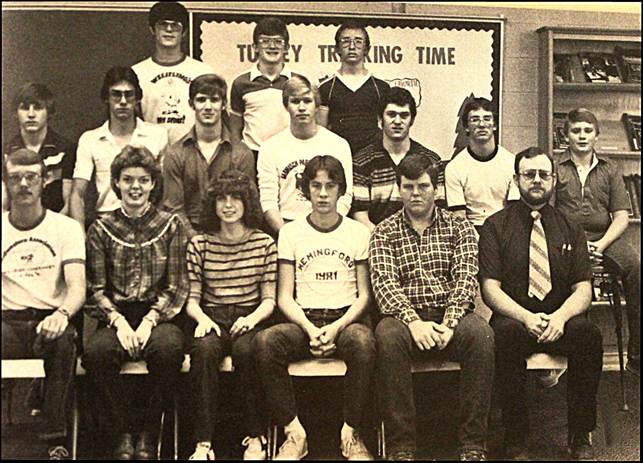 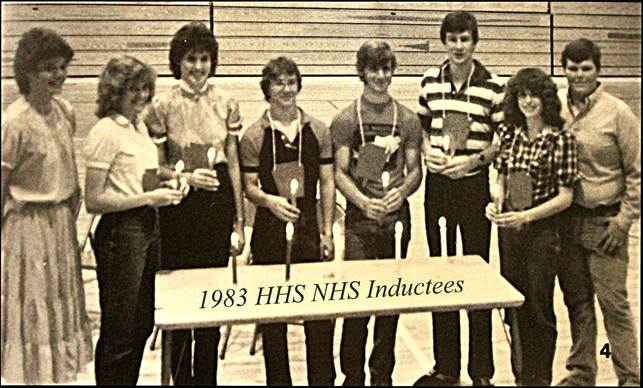 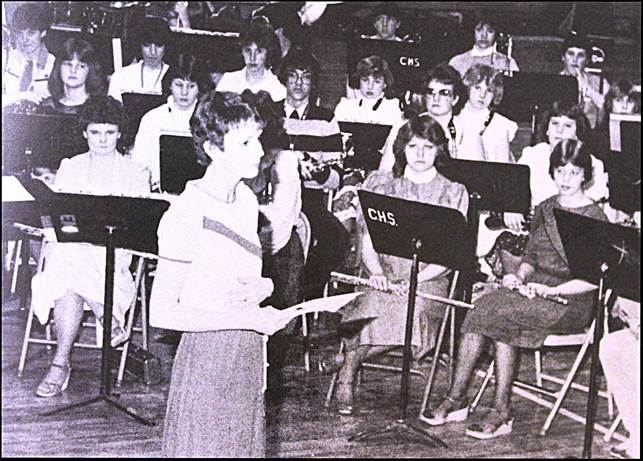 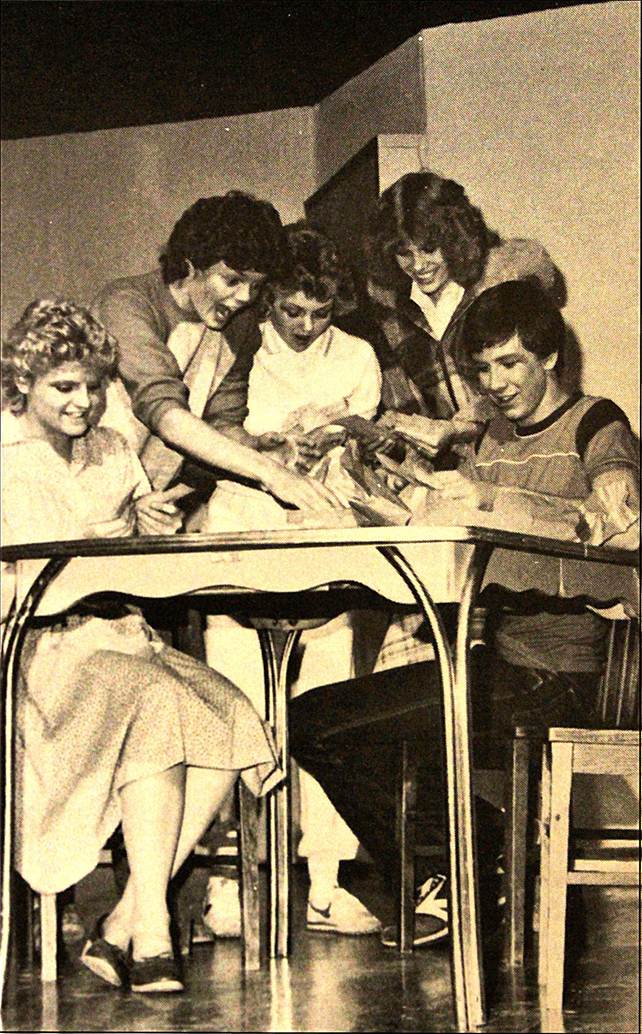 Also directed by Mr. Fodnes; starring an all –school cast 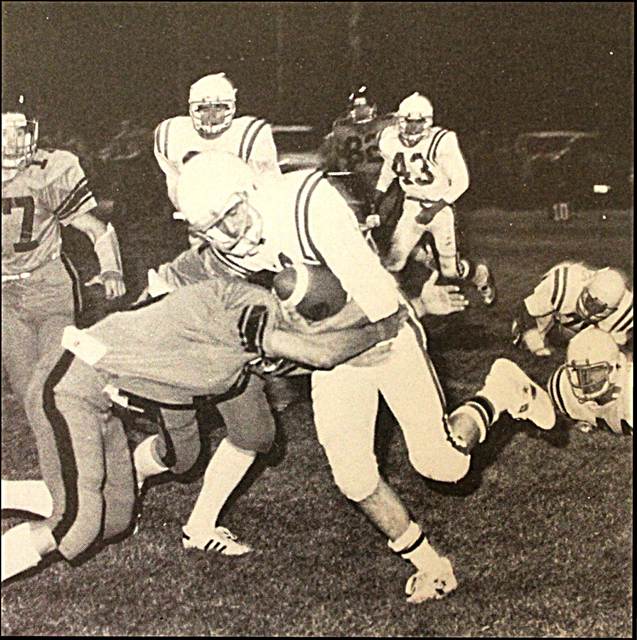 Coach Ken Brown served as head coach for the first time in Hemingford after many years as an assistant. The Lady Cats had finished (16-3) in 1982, but had graduated several girls.  With many younger players, the Ladies won seven and lost ten in 1983. Senior Michelle Delsing was a first team All-Conference selection and another Senior, Michelle Chaney was named to the second team in the conference. Other players included Kim Wiggens, Robyn Morriss, Shannon Cullan, Karla Kresl, Lori Walters, Loretta Adamson, Lynn Hooper, and Johnna Shepard. 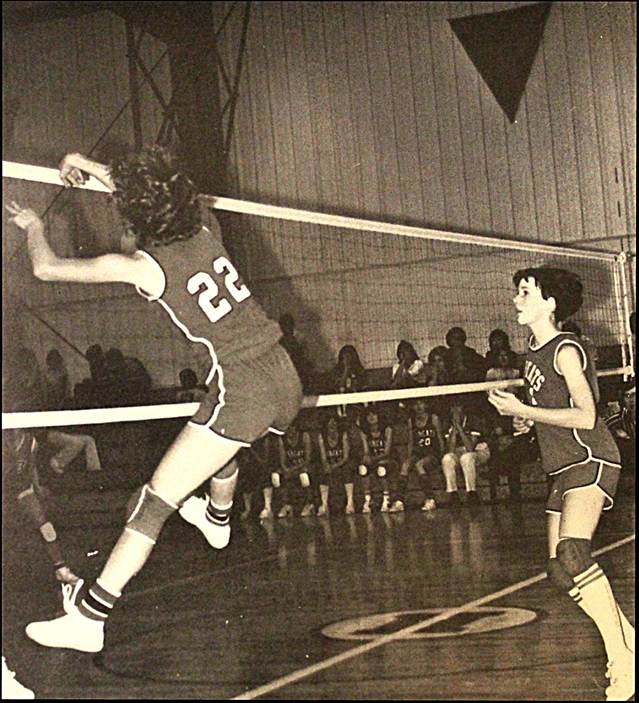 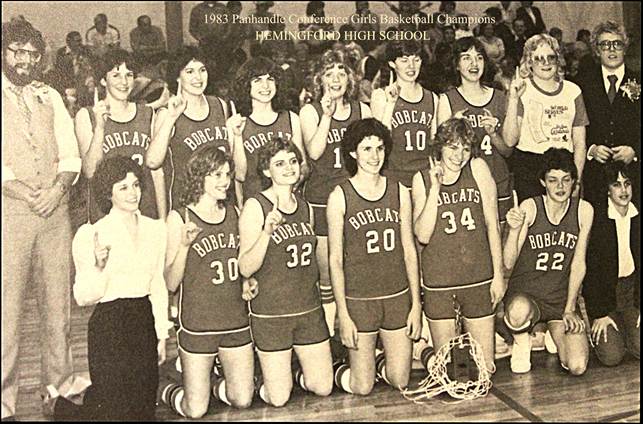 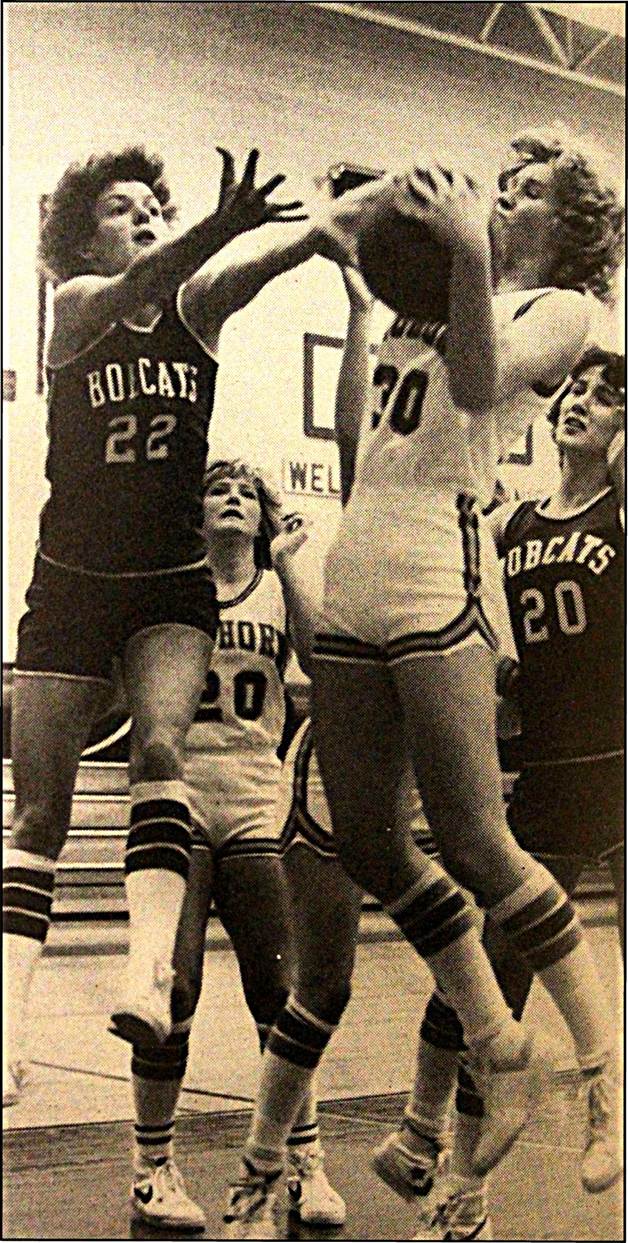 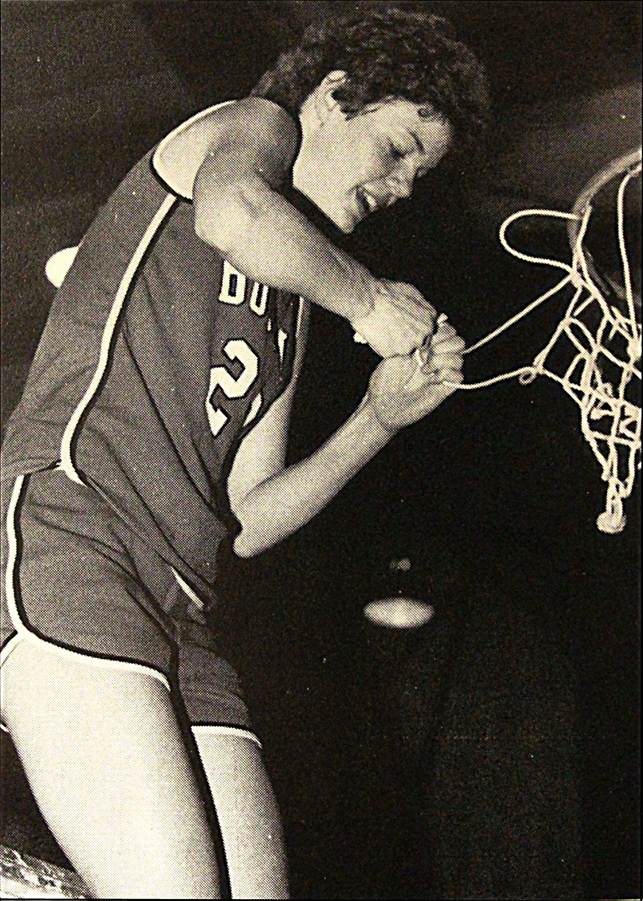 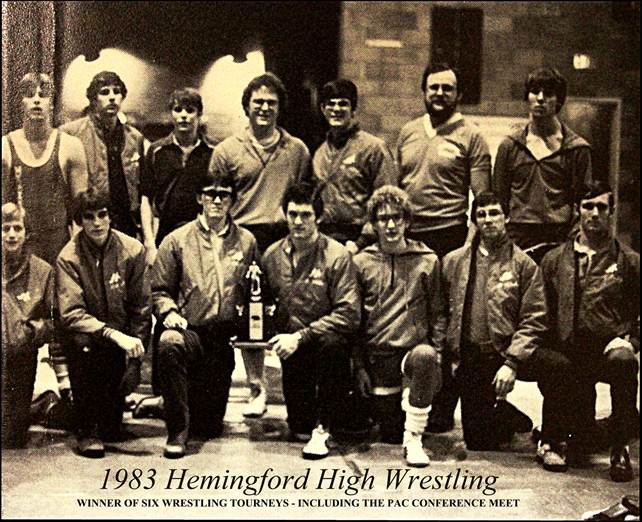 There were twenty-one wrestlers on the team, including the state qualifiers and Jerry Schock, Tony Wilkins, Brady Garner, and freshman Theron Jensen, who scored over 100 team points during the season. Dual victories came over the Job Corp (65-0); Alliance JV (42-17); Chadron JV (57-0); Bayard (43-12) and Crawford (33-31) The Cats tied Rushville (27-27), and dropped just one dual all season long, to Crawford (12-43). Other team Championships came at Chadron, Hay Springs, Bridgeport, and Hyannis. 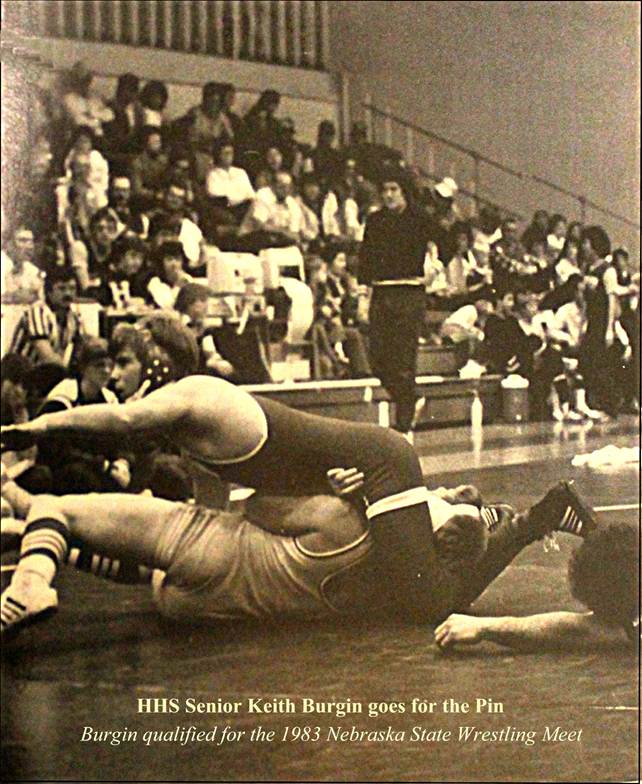 Two meets were cancelled with Nebraska’s unpredictable spring weather, but Coach Mark Bauder and his twelve tracksters worked hard indoors to condition, waiting for the fickle Nebraska sun to shine. Good efforts came from Michelle Delsing in the 400, where she ran a (66.2); Donna Lembke in the shot (32’3”); and Jennifer Delsing in the High Jump, where she cleared (5’1”), good enough for a Hemingford High School record, and a trip to the Nebraska State Track and Field Meet! Other distaff thinclads included Karla Kresl, Sue Gasseling, Mary Long, Loretta Adamson, Michelle Chaney, and Lynn Hooper 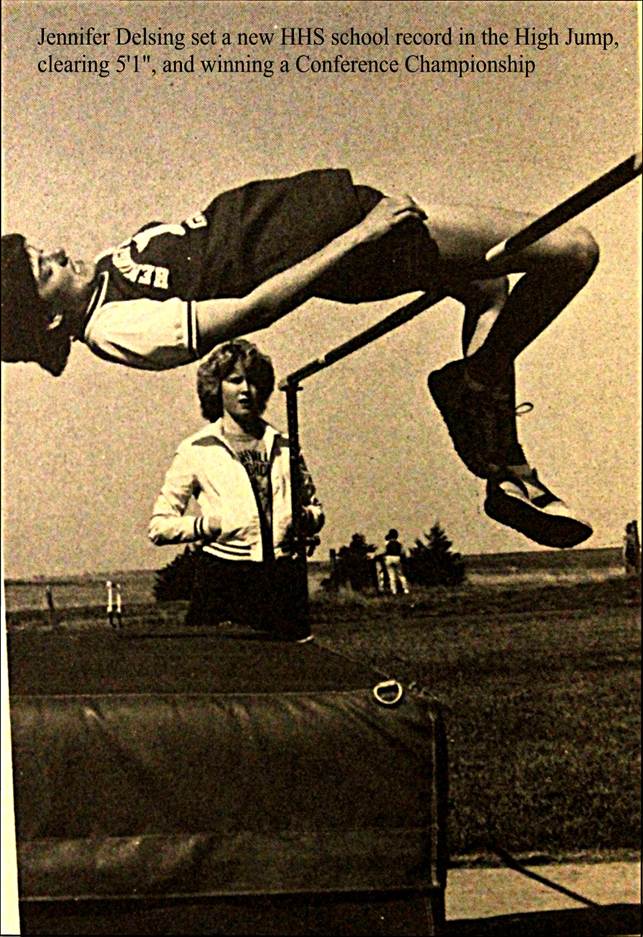 Weather was not a friend for the Boy’s Track team either, as they also lost a meet to the cold, and were also forced to work-out indoors much of the early season for Coach Tim Lanik. There were fourteen team members, with many freshmen, as well as team leader Senior Dana Jespersen, the top point earner for HHS. Other members were Jim Zajic, Dan Forsstrom, Tim Campbell, Keith Jenkins, Trevor Williams, Chris Cullan, Tim Kumpf, Perry Hansen, and Paul Hanks. 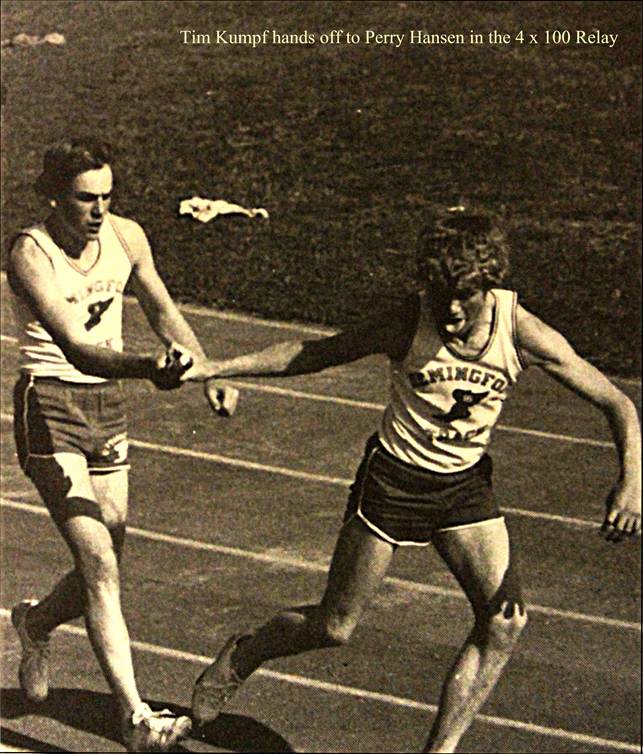 FFA – There were twenty-one Chapter members in the Hemingford FFA in 1983 that traveled to the State FFA Contest in Lincoln for competition and instruction. Joe Schekall won a State Championship in Agronomy, while Karla Kresl was a fgourth place winner in Meats. Chapter officers were President – Bill Foley; Vice-President Rex Horstman; Treasurer – Karla Kresl; Treasurer – Kim Wiggins; Reporter – Ron Jespersen; and Sentinel – Roger Schledewitz. The faculty sponsor was Ken Brown.

Cheerleading, H-Club, JETS, and Science Club were also student activities at HHS in 1983.

The HHS Cheerleaders sponsored much of the annual Homecoming festivities, with dress up days, coronation, and a pep rally, while the Student Council sponsored the dance with music provided by KCOW Radio. There was also a soup supper in the cafeteria. In Volleyball action, the Lady Cats bested the visiting Lyman Wildcats, and the boys followed suit, winning their game against Lyman as well. 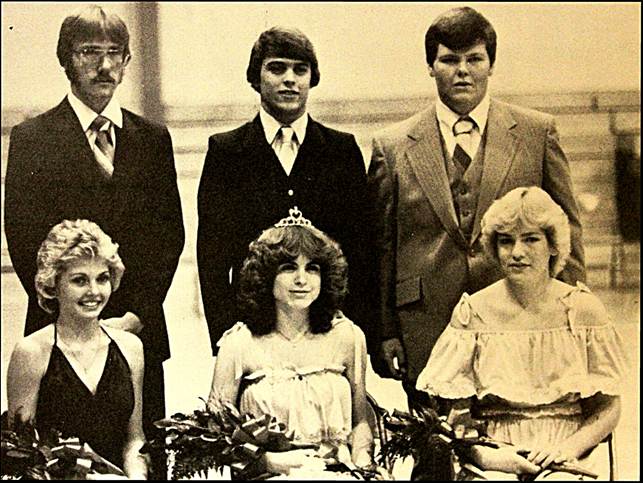 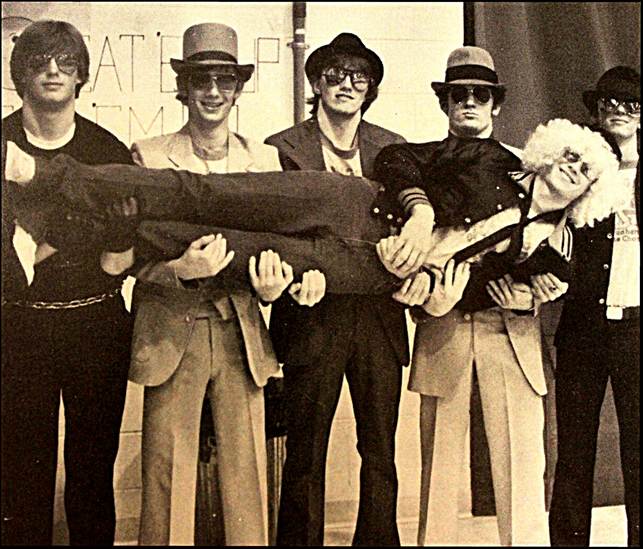 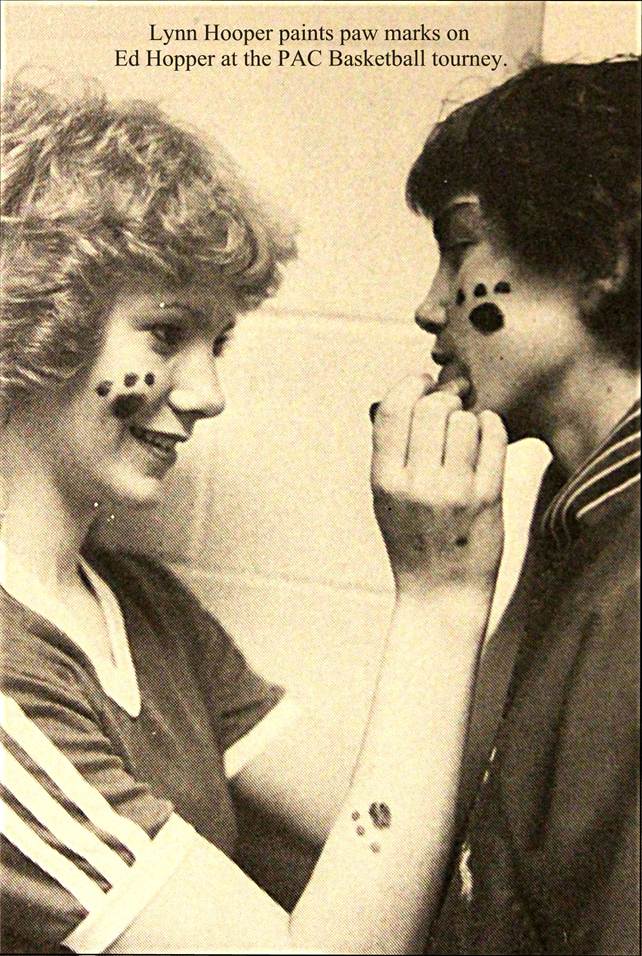 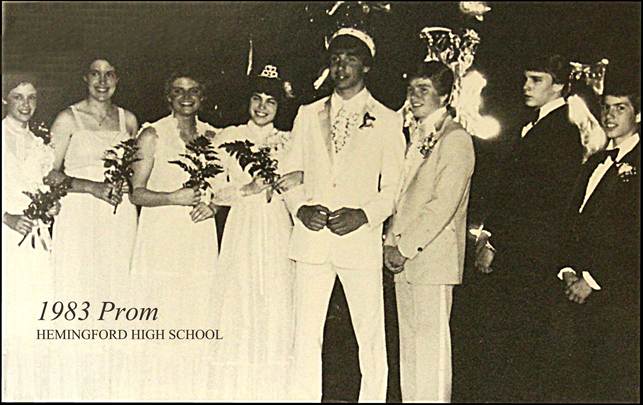 "Fantasy" – the elementary gym was elaborately decorated complete with streamers, strobe lights, a crystal ball, and a water fountain. Music was provided by the band, “Emerald”, with the banquet held in the Methodist Church Hall, served by sophomores in butler and maid outfits. A post-prom breakfast was held at the Hemingford American Legion Hall. 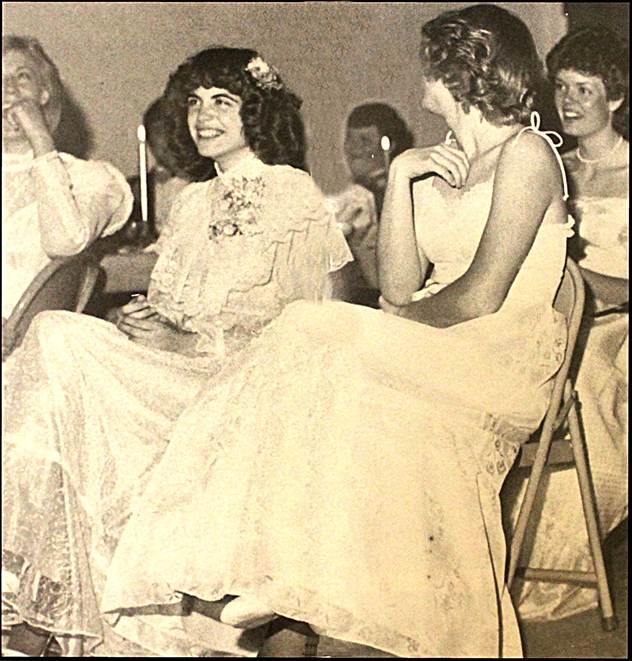 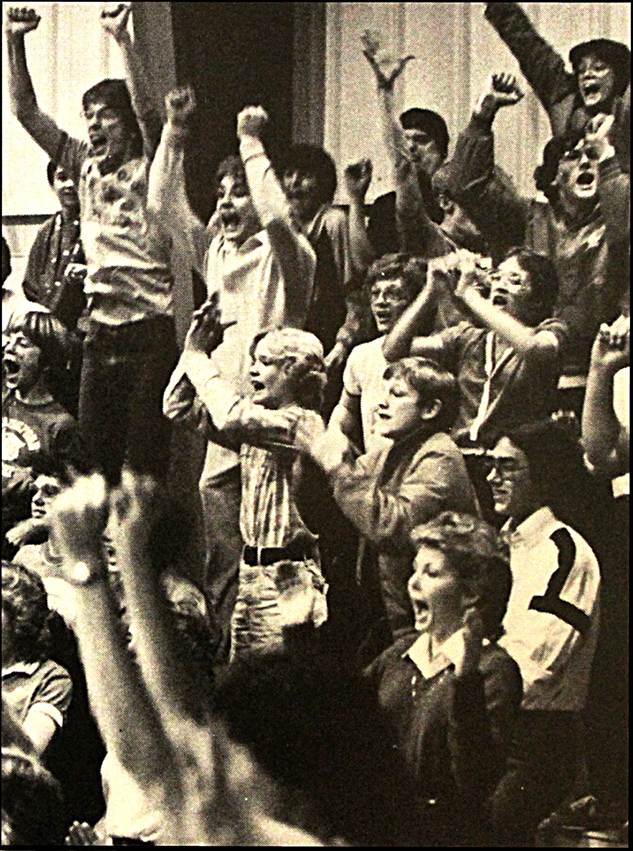 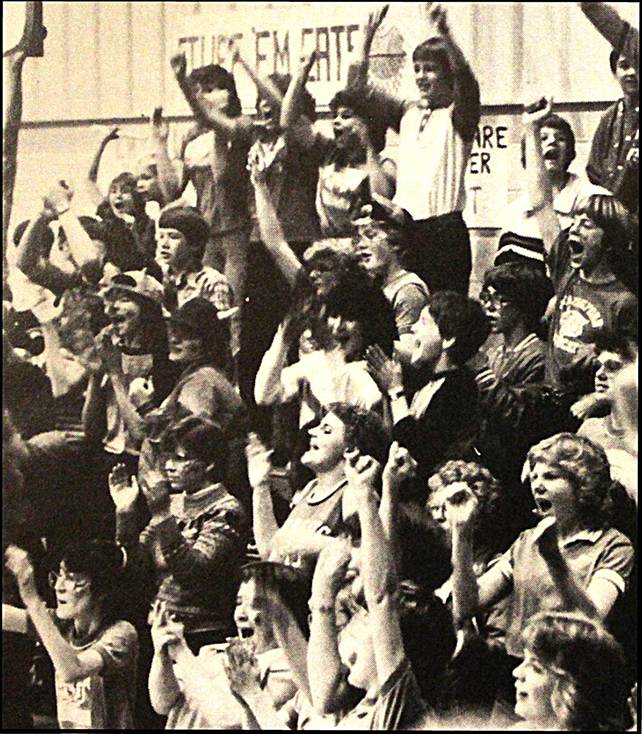 Sunday, May 25th at 4 PM. This was the first afternoon graduation in many years at Hemingford, which usually had held evening ceremonies. Dana Jespersen, STUCO President, and Michelle Delsing, STUCO Vice-President spoke during the ceremony as did Counselor Ed Planansky who awarded nineteen scholarships. 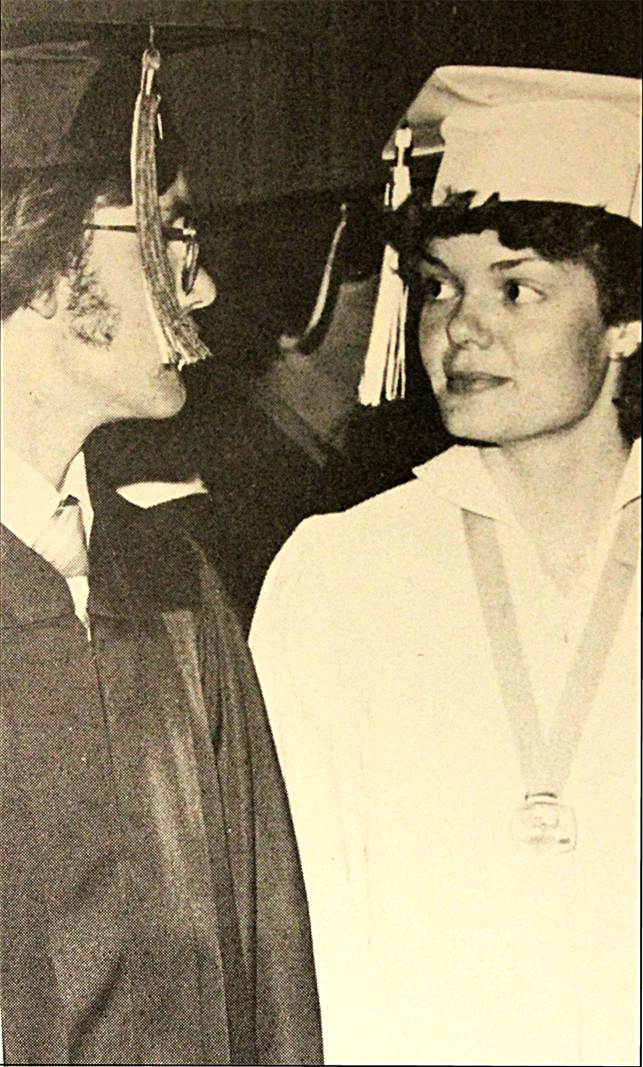 Two individual winners were a highlight for Hemingford

19 – The smallest Senior Class in decades at HHS, but because of the small size, the Class of 1983 was very close-knit according to class members.

Mrs. Headden retired after more than 30 years at HHS! 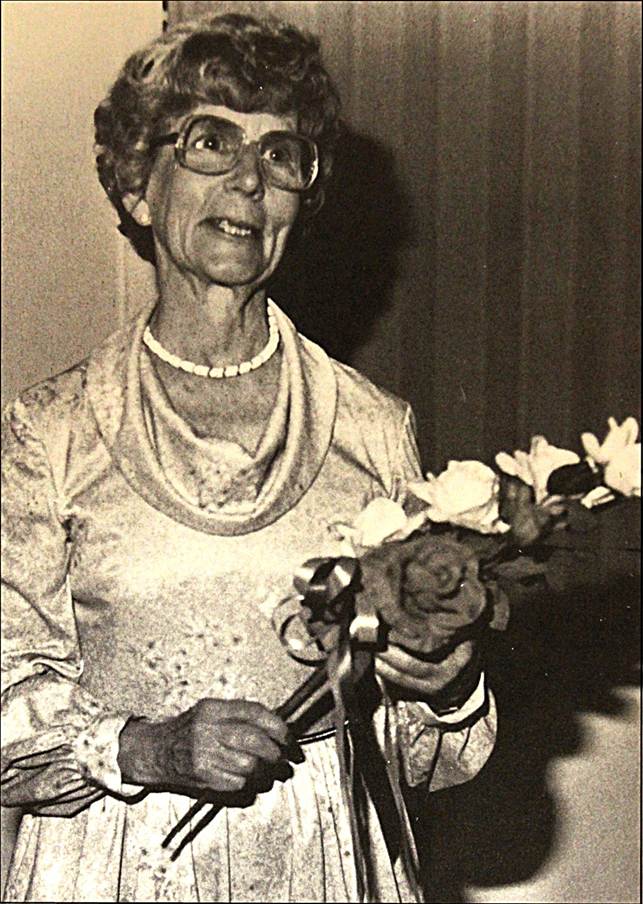 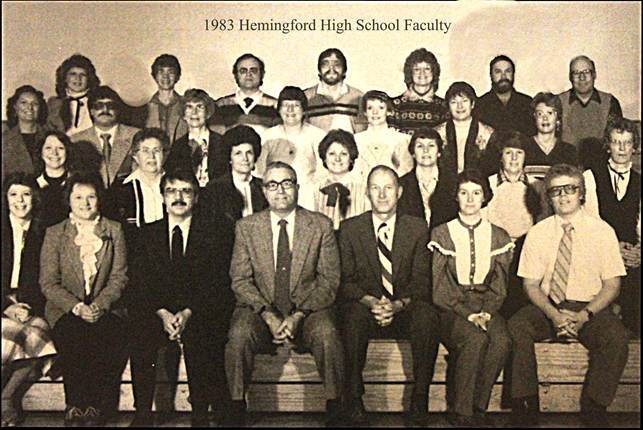