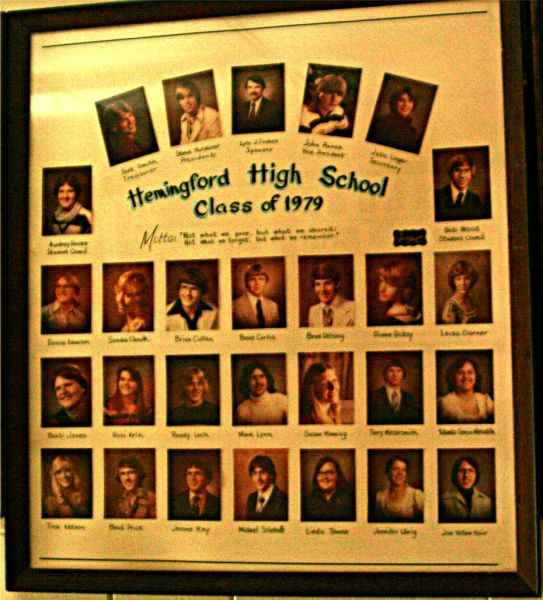 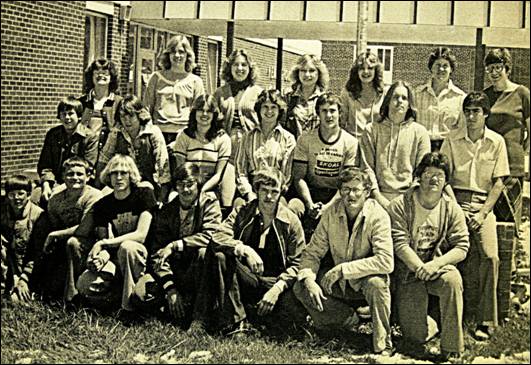 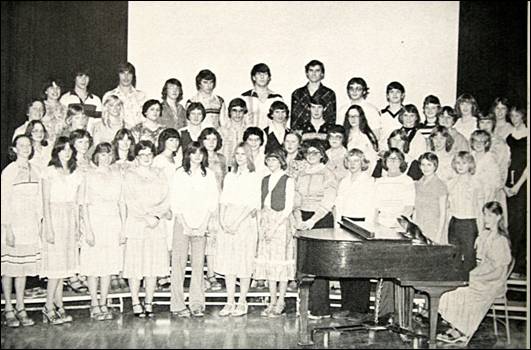 Drama and One Acts –“Death of a Hired Man” was the One Act Play, and “Dinny and the Witches”, was the three act play directed by Lyle Fodnes. Speech was sponsored by Norman Hansen and did an “outstanding” job at the Panhandle Conference Meet. 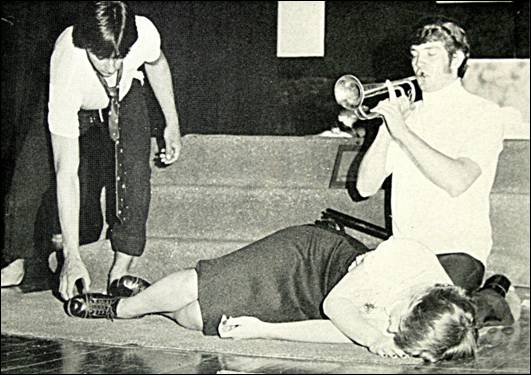 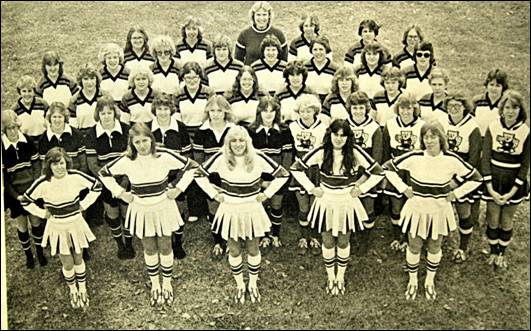 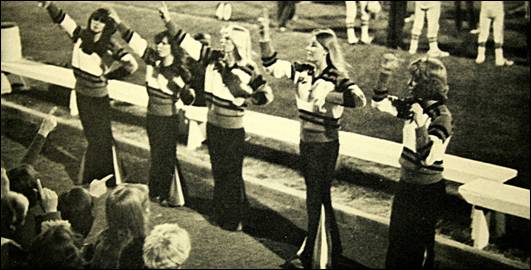 Football – The season ended with a 1-7 record, beating St. Agnes 6-0 for their lone victory coached by Steve Hume. Five of the 18 lettermen were seniors, so next season looked better. All Conference selections included Bob Wood and David Lliteras. 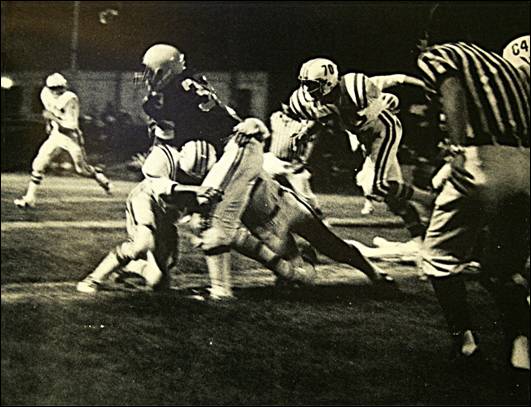 Volleyball – Coach Duane Knaub and the team had the most successful season in four years,  with 11 wins and 7 losses. The Ladies won the Hemingford Invitational, and took second in the Panhandle Conference Tourney. All-Conference selections went to Susan Manning, Sue Smith, and Sherri Wood. 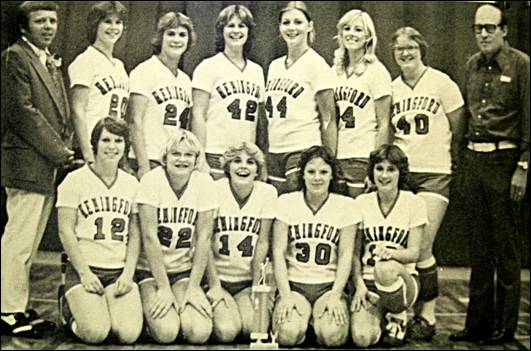 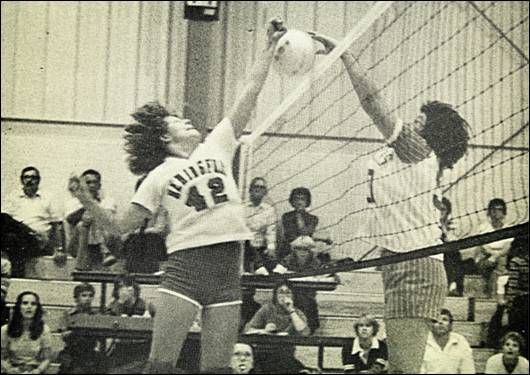 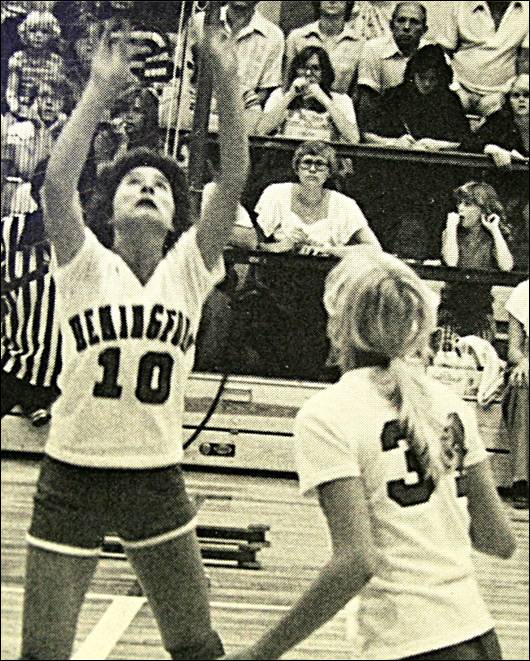 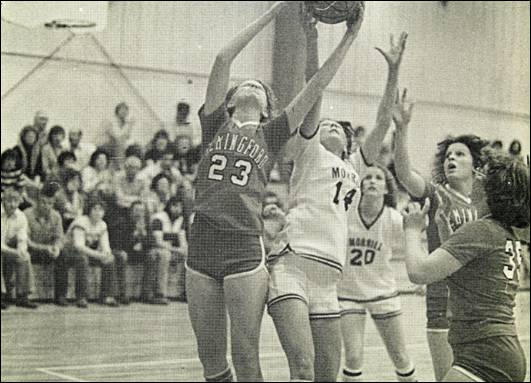 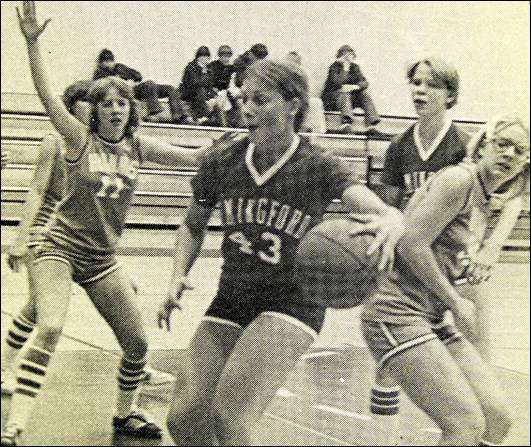 Boys Basketball –An undefeated season with 22 wins for Coach Larry Jones and his team ended against Bayard 38-40 in Districts, but the Cats won The CSC Holiday Tourney and the Panhandle Conference Tourney. The loss to Bayard was  in the District Championship game. All-Conference honors went to Joe Lliteras, Brad Delsing, and Jamie Roes. Roes was also an all-state selection. The Cats ended up rated fourth in the state. 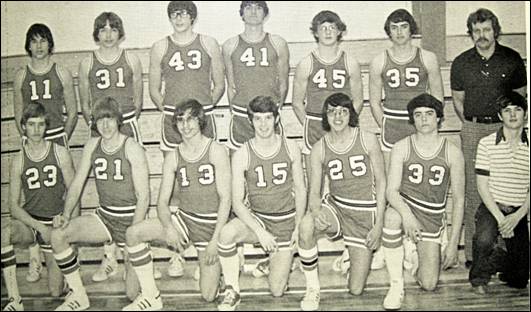 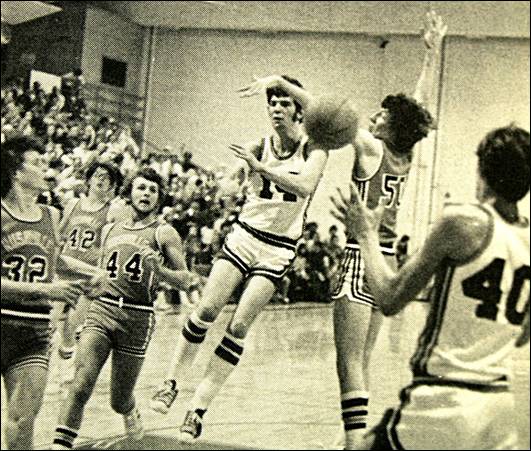 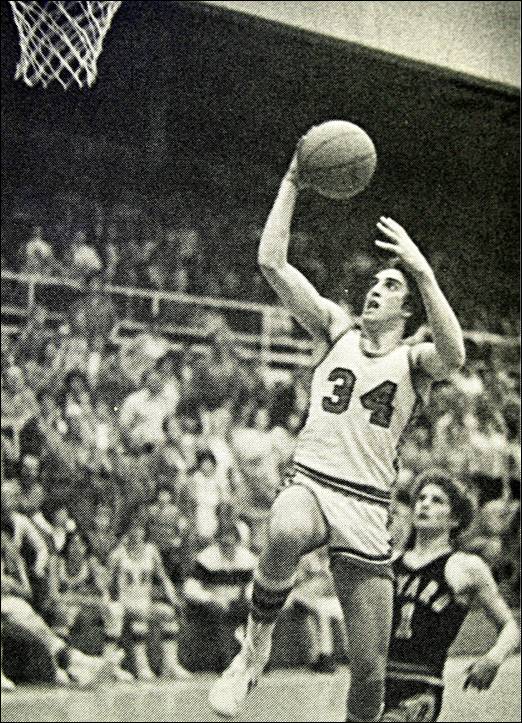 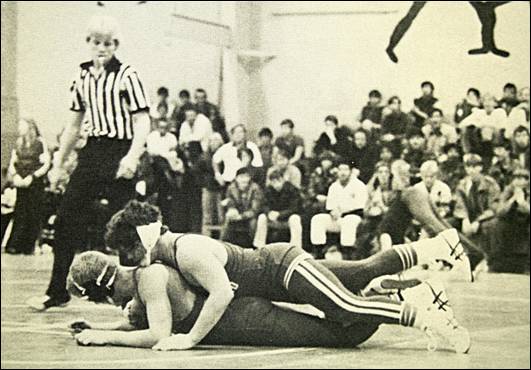 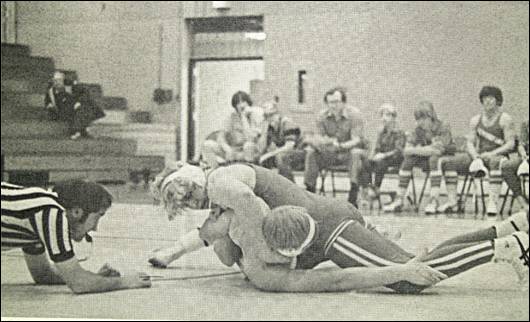 Girls Track and Field –The girls won two meets, including the Hay Springs Invite and the Panhandle Conference meet. Freshman Dee Campbell set a record in the long Jump, going 15’5”; Shirley Smith went 4’8” to set that record, and Sherri Wood blazed to a 11.0 in the 100 yard dash for a third record. 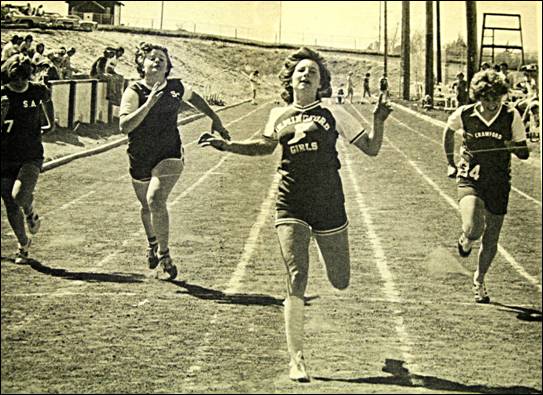 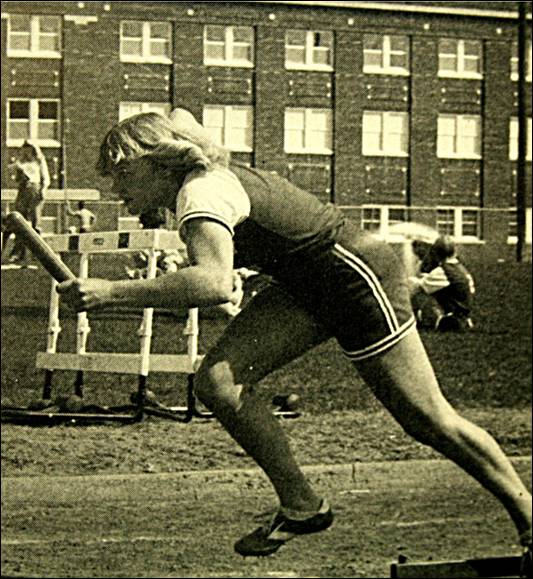 Boys Track and Field –Gene Hanks and Joe Lliteras qualifed for state competition under the coaching of Rex Wilcox. Hanks went in the throws and Lliteras went in the High Jump, where he cleared 6’7”, and was the Class “C” Runner-Up! The Boys won the Hay Springs Invite, and finished second at Gordon. Other team members included Terry Messersmith and Jerry Ray, Conference Champs, and Rocky Grabher, Jim Hack, and Tim Kotschwar. 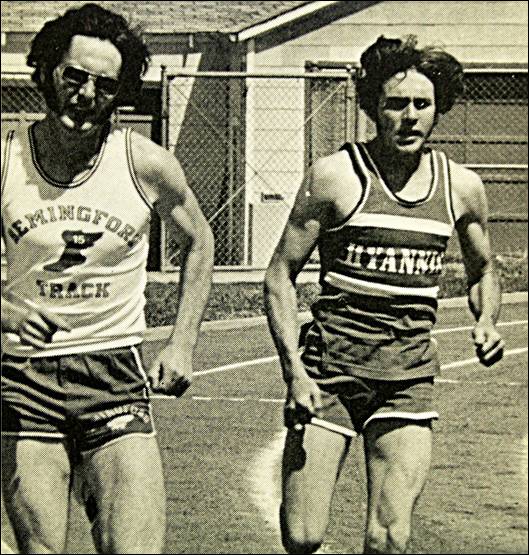 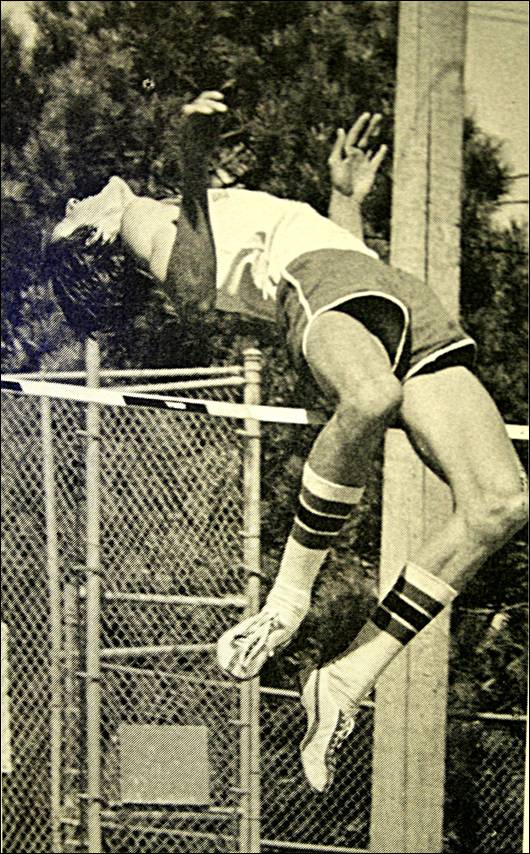 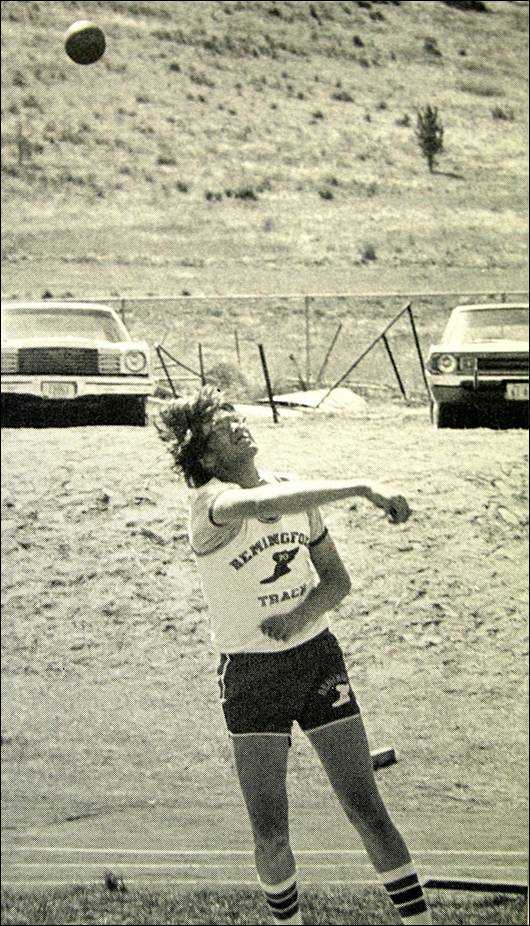 Clubs and Activities – Science Club went to Toadstool Park, The Pine Ridge, and the

Black Hills; The FHA  had two bake-off contests and traveled to Terry Peak to ski; and had the second highest number of male members in the entire state; 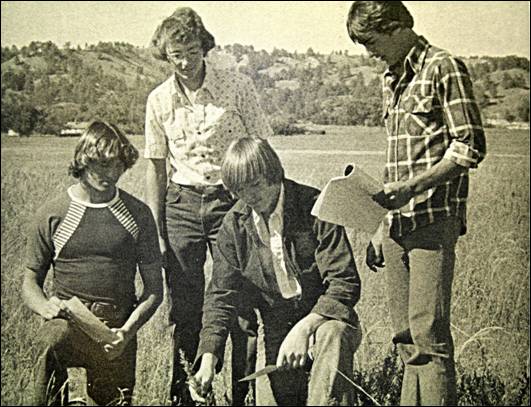 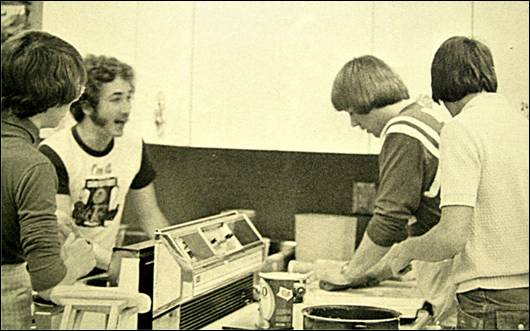 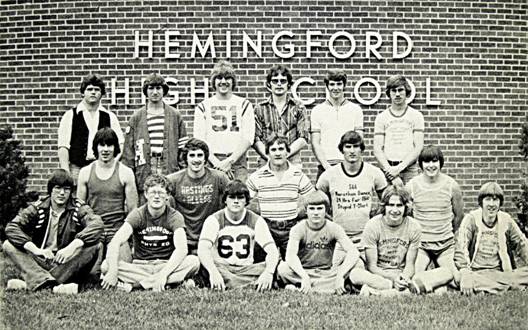 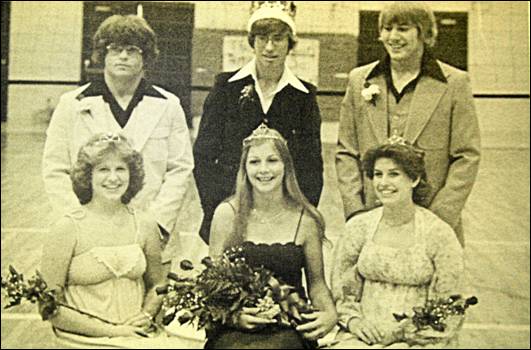 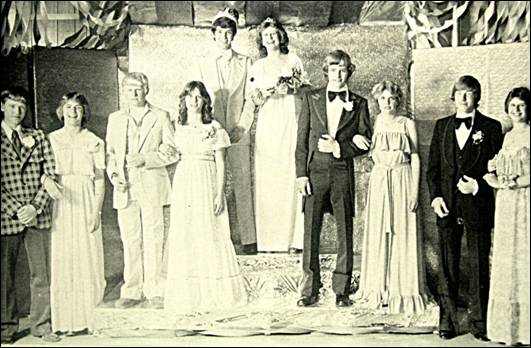 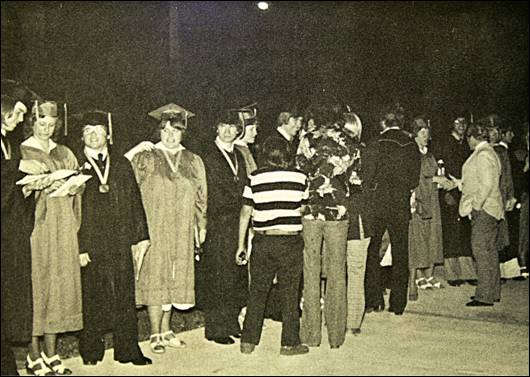 Senior Class Song –“Dust In The Wind” by Kansas 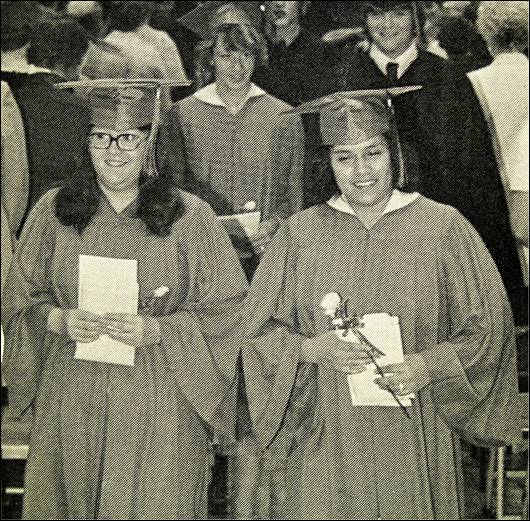 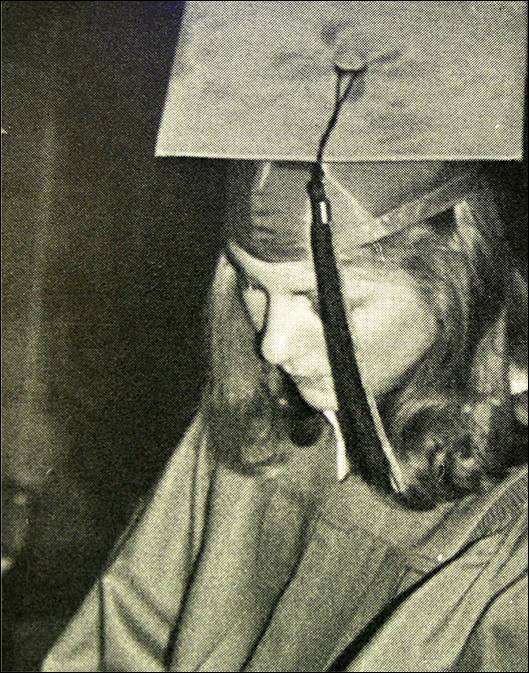