The HHS Class of 1978 (PLease click on Thumbnail to enlarge) 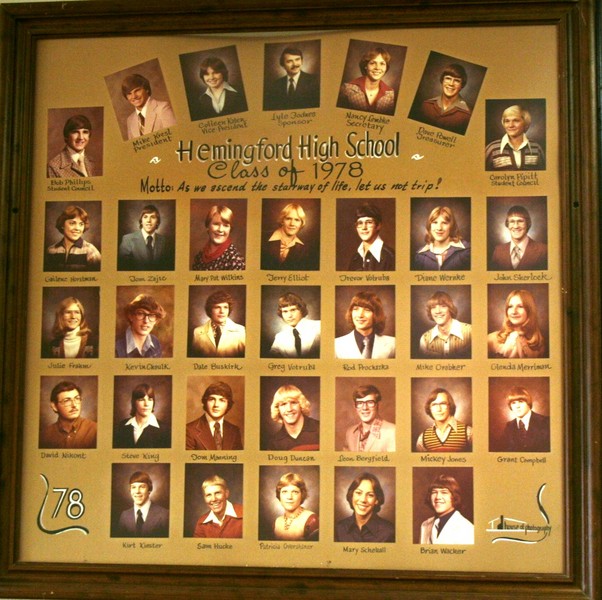 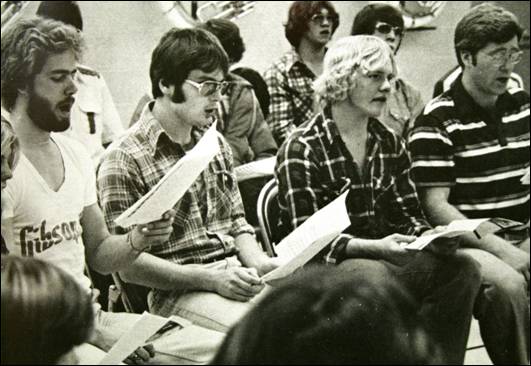 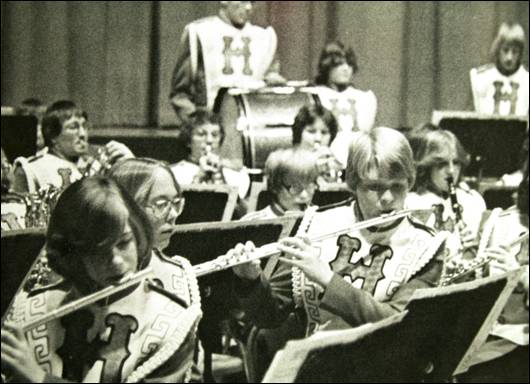 Football – With an 8-2 record earned a class C-2 state playoff berth.  The Omaha World-Herald ranked the Cats 8th in the state. They lost in the play-offs to eventual Champion Ansley. Brian Wacker was an all-state center and an all-state nose guard. Leon Bergfield, Grant Campbell, and Bob Phillips were all conference selections. 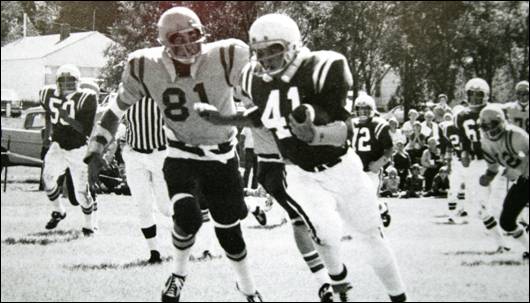 Volleyball – Coach Duane Knaub concluded the season had no real disappointments and ended the season with 10 wins and 9 losses. The girls finished second in the PAC, and won their own invitational. 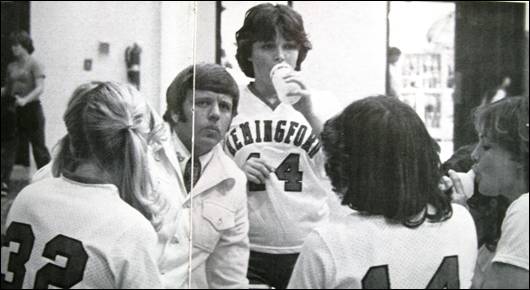 Girls Basketball –The first year team headed by Coach John Stanton showed stead improvement and ended the season with a 3-11 record. Junior Susan Manning was an all conference selection. 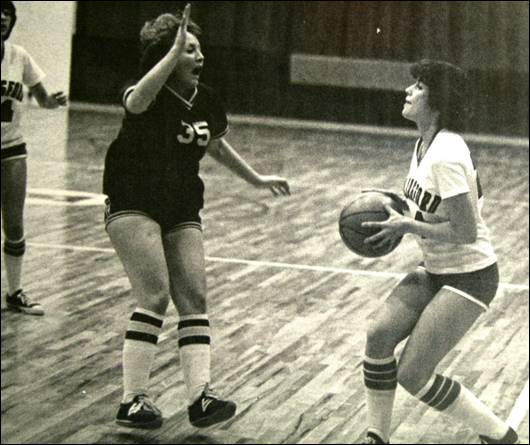 Boys Basketball –Winning three tournament championships , including PAC, the CSC Holiday Tourney, and Districts, followed by a trip to the Nebraska Boys Class C State Basketball Tournament constituted a successful season that ended with a shiny 23-3 record. The Cats beat Utica Centennial, the number one seed in the first round in Lincoln, but were then eliminated by eventual Champion Howells in the Semis. Jamie Roes was an All State Selection, and Joe Lliteras, Tom Manning, and Tom Zajic were all conference. 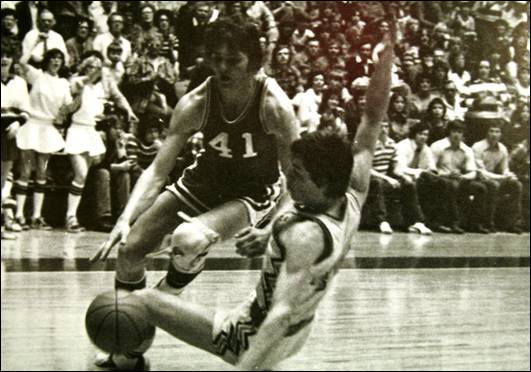 The Cats hand Top-Seeded Utica Centennial a loss in Lincoln in the first round at State. 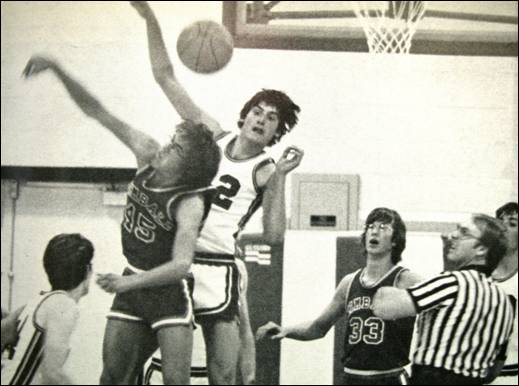 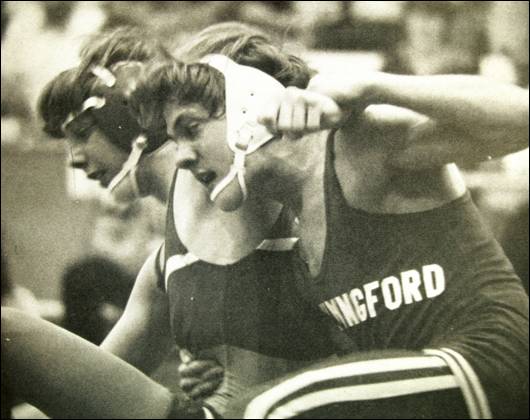 Girls Track and Field –Under the leadership of coach Duane Knaub the girls won the conference track championship, the first for Hemingford since 1967.Audrey Davis, Laurie Gartner, and Nancy Lemke set records during the season. 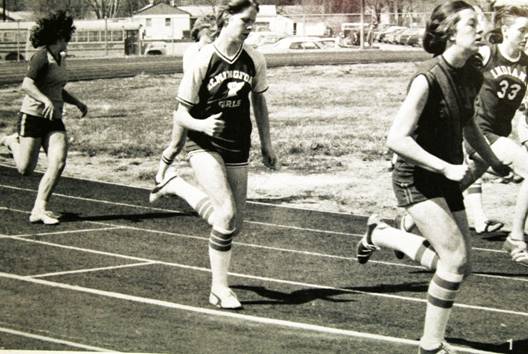 Boys Track and Field –Coach Dale Rien sent three to the state track meet, Tom Zajic, Joe Lliteras, and Tom Manning. Zajic was the State Champion in the mile, (4:31.7) while Lliteras finished second in the high jump (6’4”) , and Manning third in the Triple Jump (45’1”) . As a team the cats finished 6th at state in Class C. 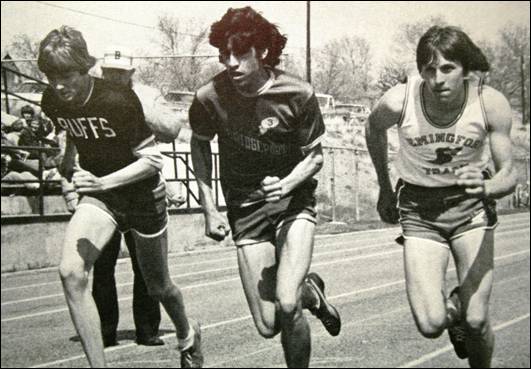 Tom Zajic is shown getting  off to an early lead in District action, where he finished as Champion in the mile. Zajic also won the mile at the State Meet, finishing with a school record 4:31.7 as well as a gold medal.

Golf – Sponsor Don Hanks instead of a coach stated “self-discipline helped the boys get as far as they did.” Bruce Delsing placed second at PAC. Other team members were Brad Delsing and John Sherlock,. 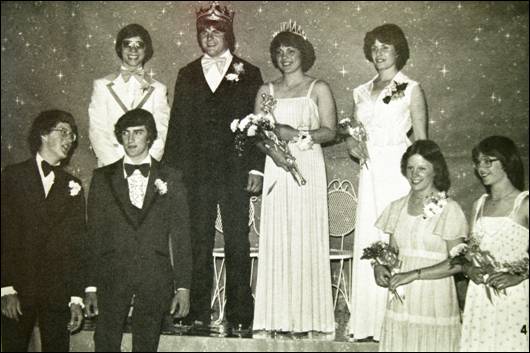 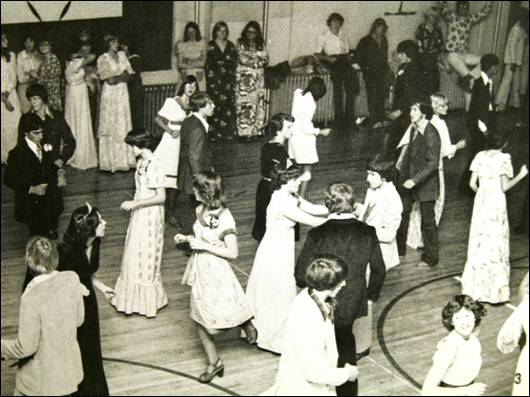 Senior Class Motto -  “As we ascend the stairway of life, let us not trip!” 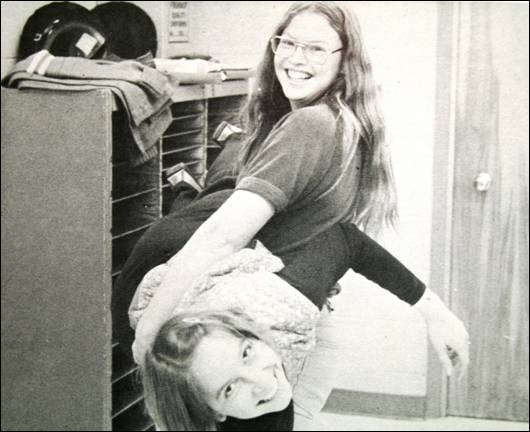 Special or Unique Happenings – For the first time, Baccalaureate services were not held as part of graduation activities. Seniors Mary Pat Wilkens and Mike Grabner  gave addresses to the crowd. 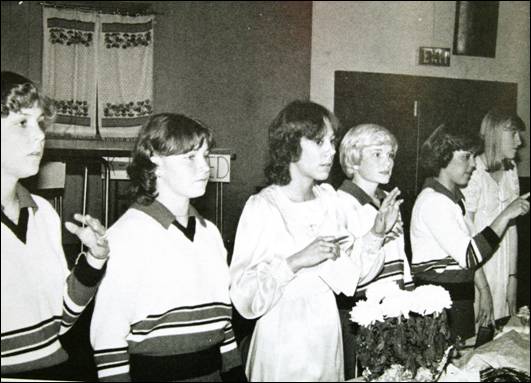