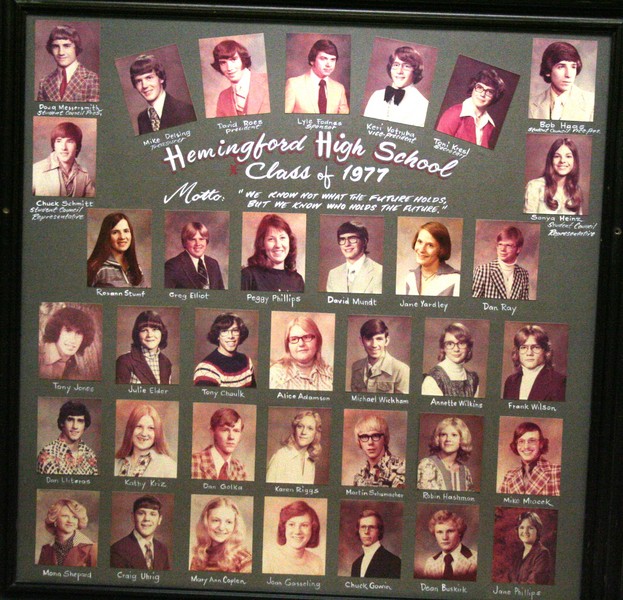 Volleyball – Rosann Stumf as the only senior on the squad led the inexperienced team.  She was voted to the All-Confernece team unanimously.  The teams coach was Duane Lembke.

Girls Track and Field – Leisa Garner was the high scorer for the teach and accomplished a state berth.  Nancy Lembke and Jennifer Uhrig were top scorers for the team.

Prom Theme –Dream On  with decorations of two shades of blue and silver streamers, a center chandelier and floating candles.

Senior Class Motto - We Know Not What the Future Holds, But We Know Who Holds the Future