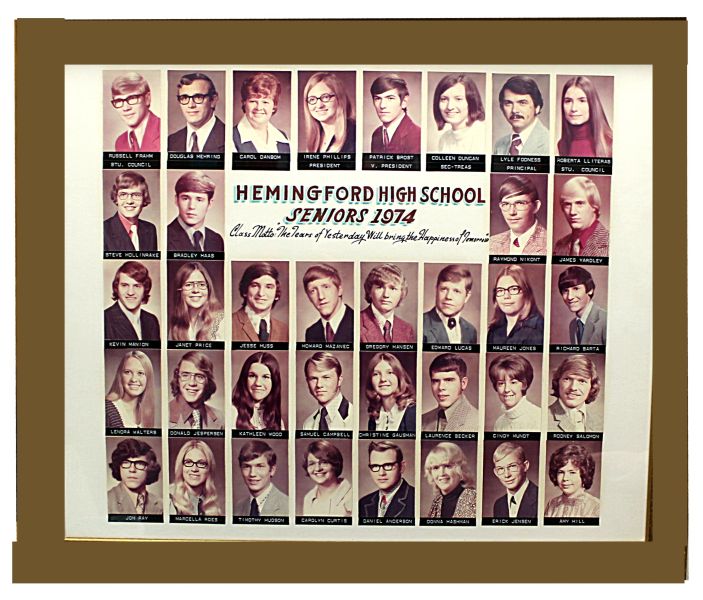 Drama and One Acts – "The Night Thoreau Spent in Jail", "Inherit the Wind", "The Four Poster"

Football – Coach Paul Zelenka and his players ended the season with a 1-8 record.

Volleyball – 12-6 was the season record for Coach Duane Knaub and the team.

Boys Basketball – The Bobcat cagers ended their season winless and 15 losses withSteve Reisig as their coach.

Wrestling – The mat men finished with a 5-6 record under the leadership of Coach Duane Knaub.

Girls Track and Field – Joni Roes and Marlene Zajic led the team and qualified for a trip to state under the direction of Coach Duane Knaub.

Golf –A young team under the coaching of Mr. Steve Reisig made progress.