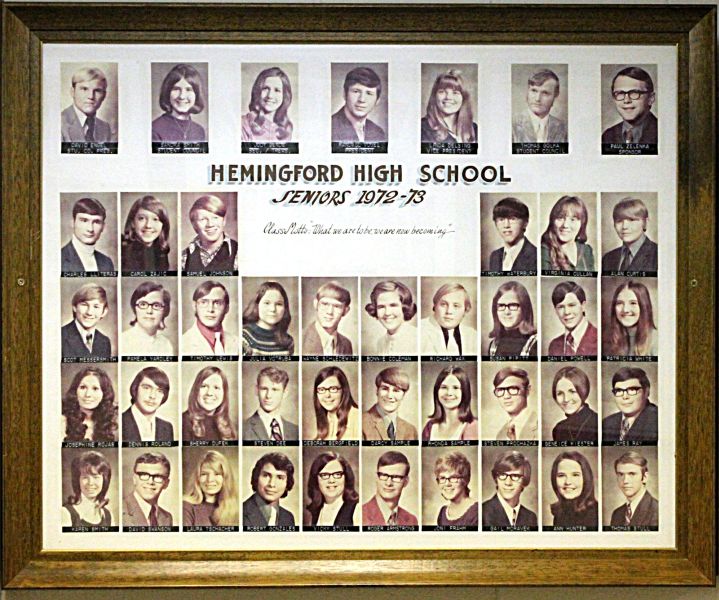 The Stuco headed the school support to raise funds for a scoreboard in memory of Buddy Roes. Members also cleaned up the county fairgrounds, earning a contribution from the Fair Board.  The council also raffled off two crash helmets to help pay for a new school trophy case. 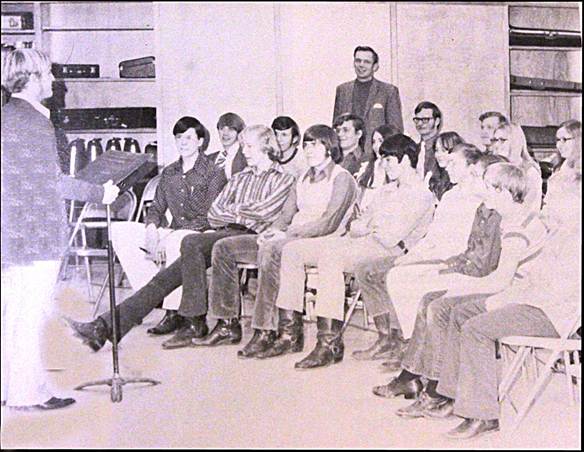 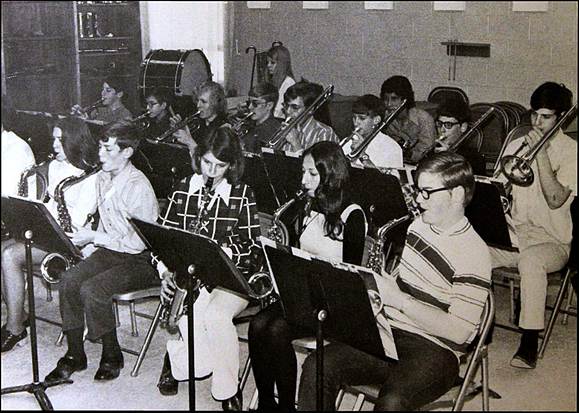 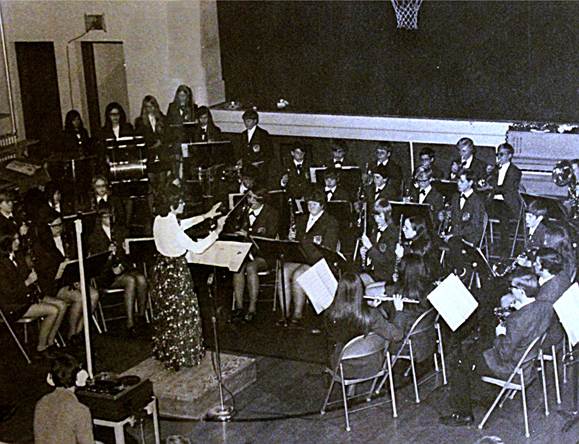 Drama and One Acts 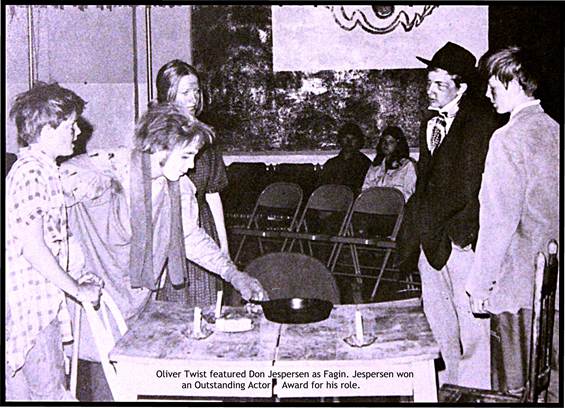 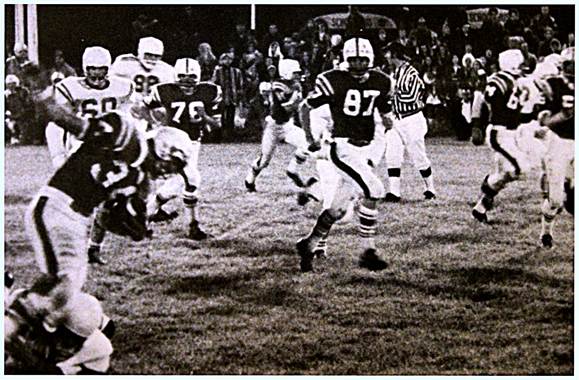 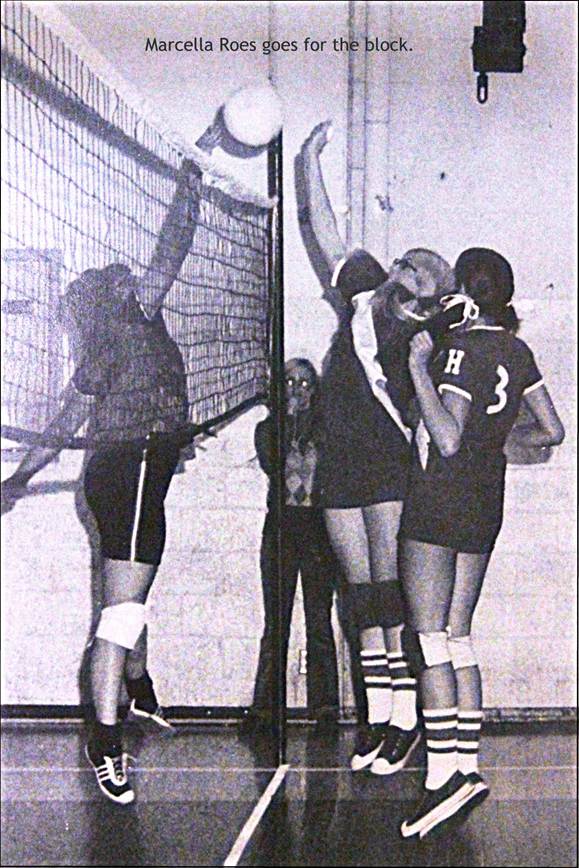 Rough terrain and many hills were the theme for the HHS Harriers. Five runners worked hard for Coach Mike Vahrenkamp, including team leader David Buskirk. The team placed 2nd at the Scottsbluff Invite and the Panhandle “C” meet, and was the team Champion at the Kimball Invite. 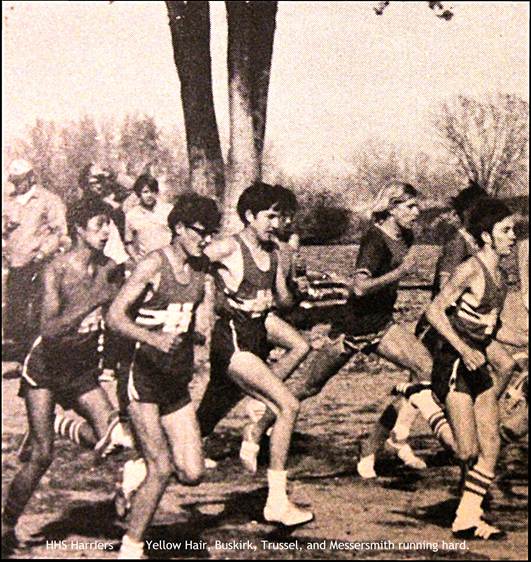 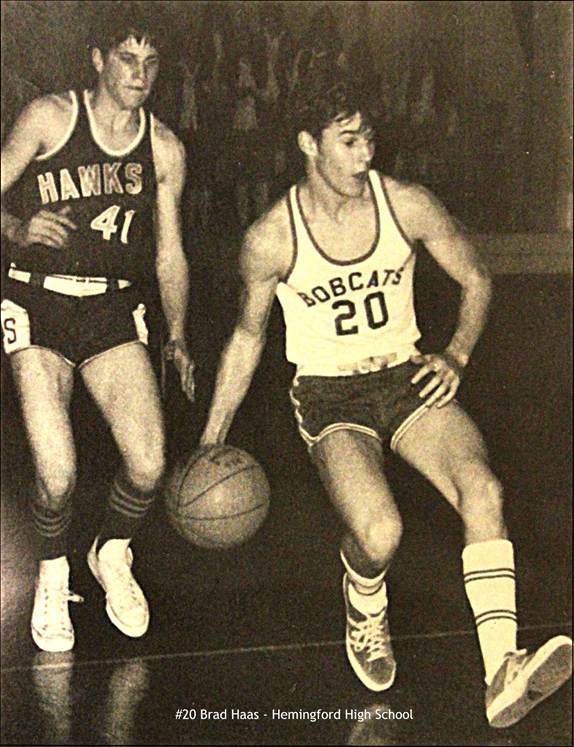 Two Bobcats made it to the State Wrestling Meet, with Pat Brost finishing with a (23-7) record, and Steve Prochazka at (26-3) winning a silver medal in Lincoln, finishing second in the state. Coach Larry Schnell also had a third place winner at Districts in Howard Mazanec, and a fourth Place winner there in Gail Moravek. Other grapplers included Erick Jensen, Aldon Sample, Sam  Johnson, and Dave Horner. Dual victories during the season came over Rushville (46-15), Harrison (48-12), Crawford (51-12) Harrison Part Deau (49-11), Bayard (33-30), and Bridgeport (40-22) 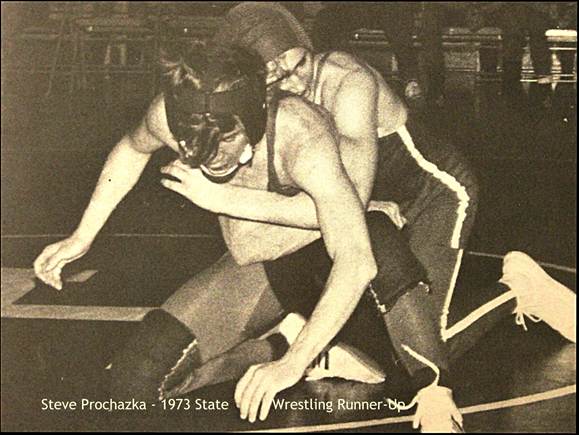 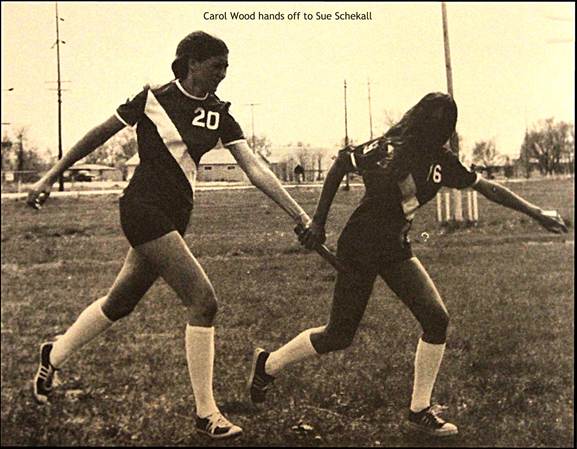 Dave Engel led the way for the HHS thinclads, advancing to the Nebraska State Track and Field meet. He broke the school record in the triple jump as well, leaping 39’2”. The 880 Relay team also set a school  record, with members Charles Lliteras, Kevin Manion, Dave Engel, and Brad Haas running a 1:34.5. Dave Buskirk also broke the school’s two-mile record, running eight laps in 10:54.5. The team won two meets,  at Rushville  and at Harrison. 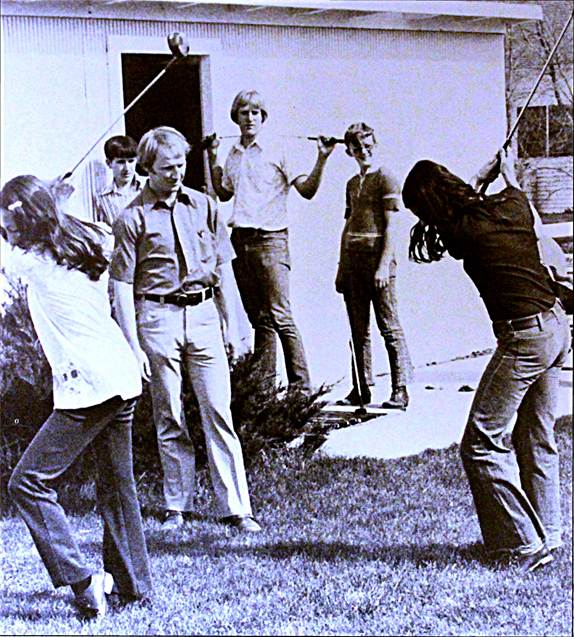 FHA – Members worked at Good Samaritan Village, working to help the elderly; made stuffed animals to send to Oklahoma; had a money-making chili feed and served meals for the Pine Ridge Teachers Dinner and the Hemingford Co-op dinners.

The Pep Club sponsored and funded the annual Homecoming dance under the direction of sponsor Sue Volkmer. The music was provided by “Bold Lightening II”. 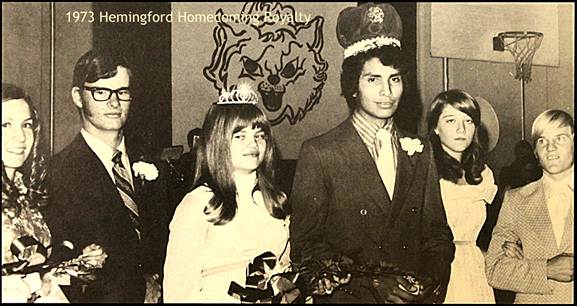 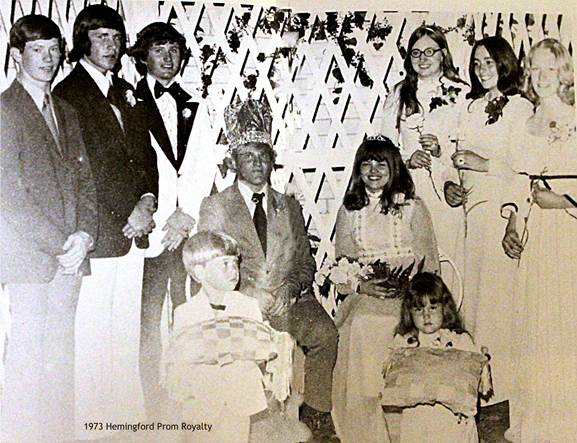 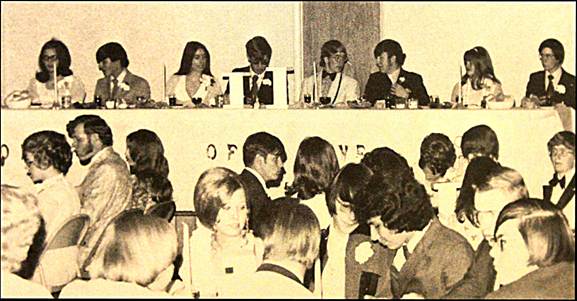 Don Jespersen was the Master of Ceremonies, with speeches by Dan Powell, Randy Vogel, Steve Hollinrake, and Mr. Don Baruth. A humerous skit was performed by Greg Hansen and Carol Danbom. “Free Flight” performed the music, and decorations included a lighted fountain, surrounded by columns that created a Roman Garden. A trellised wall and a garden hut were also part of the décor.

"What We Are To Be, We Are Now Becoming” 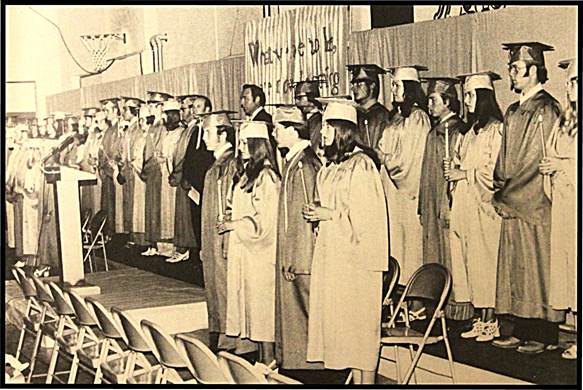