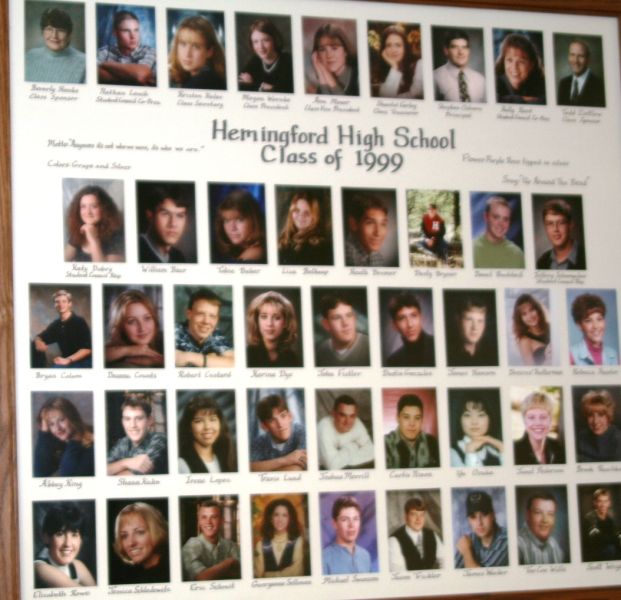 Launch the media gallery 1 player
(Click on Thumbnail to enlarge)

Student Council Highlights – The STUCO purchased planners for the student body, and had as a goal, “to pursue the wants and needs of the students”. STUCO also took care of updating the marquee in front of the high school 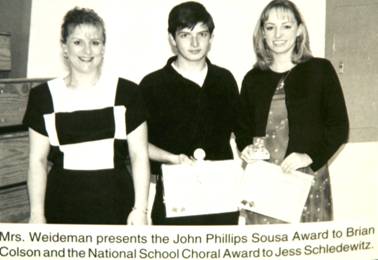 Music Department –Director Kim Wiedeman led a total of 58 members in the band.  They won 1st place in the marching competition at Sidney’s Octoberfest. In chorus, Rhapsody went to Chicago, performing at Six Flags and the Daley Center. 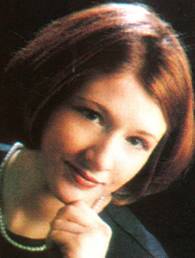 Football – The best year in a long time, the team makes it to the state playoffs and an impressive season finale of 8 wins and 3 losses, coached by Tim Newman. The team won all but one conference game, with a first round victory over Ainsworth, and a second round win over Gothenburg in the state play-offs.

The Cats lost the , “Ice Bowl” game in the next round to Chase County, but it was an outstanding season. All conference honors went to Nate Lanik, JJ Gonzales, Matt Gasseling, Scott Wright, Austin Engel, and Adam Wacker. All State honors went to Lanik, Wacker, and Engel. 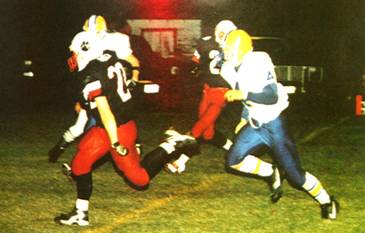 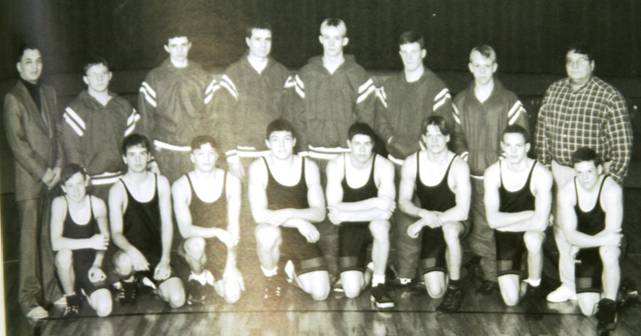 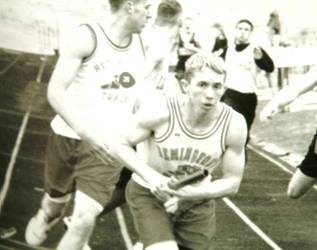 Boys & Girls Track and Field –Coaches Tim and Cindy Lanik along with their team of 11 were in it for the long run, with eight state qualifiers, includingScott Wright, Randi Furman, Melissa Wright, JJ Gonzales, Matt Gasseling, Heath Bremer, and Brison Kuhn. Gasseling placed sixth in the mile in Omaha , and records fell in the mile relay, the 400, girls triple jump, and the 300 lows during the season. The girls were PAC Champions 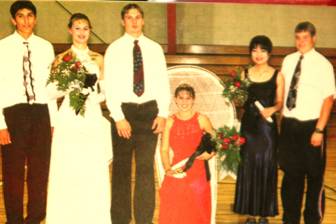 Prom Theme –  “A Night Under the Stars”. The sophomore servers performed, “ Lifestyles of the not so Rich and Famous”.  Sponsors were Cindy Ahrens and Tim Newman.

Senior Class Motto – Class colors were Grape and Silver; Class flower was the rose; Class song was , “Up Around the Bend” by Creedence Clearwater Revival. 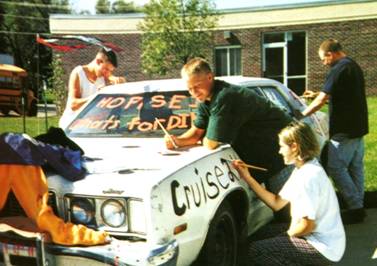 The Juniors Decorate their Float 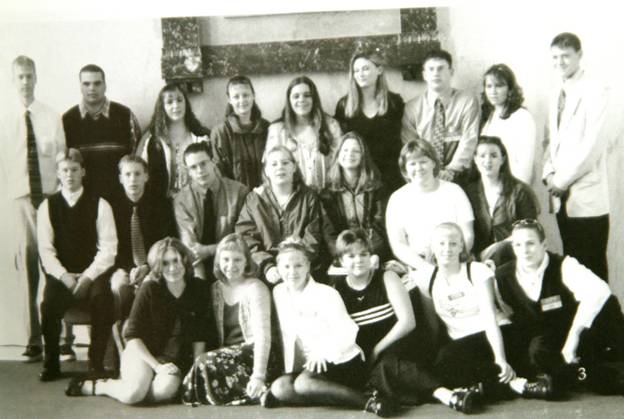 The Junior Class at HHS 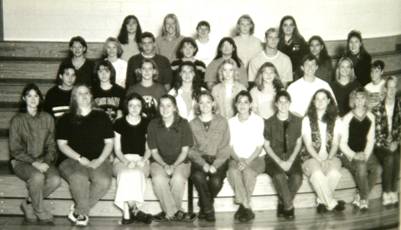 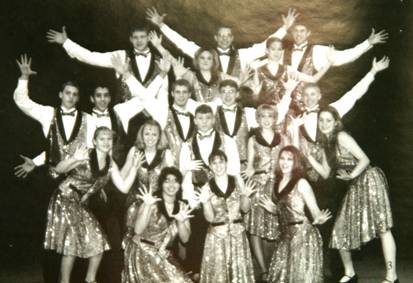 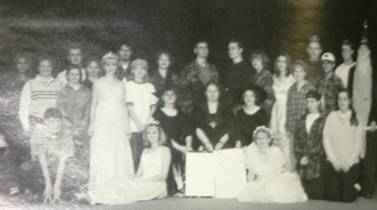