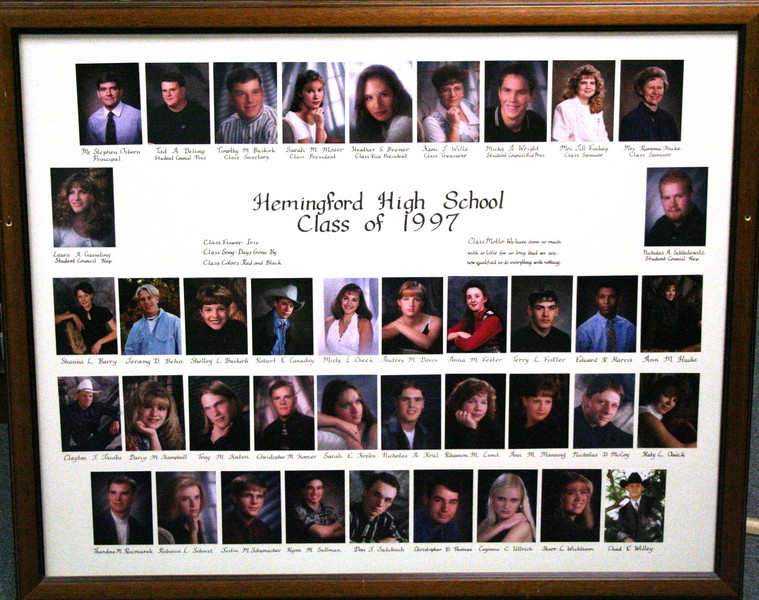 Student Council Highlights – They began looking into a new sign board in front of the school, sponsored homecoming and found a place for the students to hang out and play pitch during lunch.

Volleyball –  Coached by Kay Horstman and Ramona Hucke, the girls ended the season with an 8-13 record.

Girls Basketball – The girls finished the season 6-14 with the help of Coach Kurt Finkey.

Boys Basketball – Coaches Lanik and Schmit lead the team to a 16-6 season.

Wrestling – 23 wrestlers of which John Sample, Mike Coleman, and Tim Buskirk were state qualifiers.  Ed Planansky and Dennis Zajic were this years coaches.

Boys Track and Field – Two state qualifiers – Eddie Harris (record-setting long jumper at 21'4"")and Scott Morrison, (record setting triple jumper at 42'5") along with the other members were coached by Tim Lanik. The boys were Panhandle Champions

Senior Class Motto - “We have done so much with so little, for so long that we are now qualified to do anything with nothing.”