The HHS Class of 1994 Class Composite (Please click on pic to enlarge, and to see additional slide show of photos) 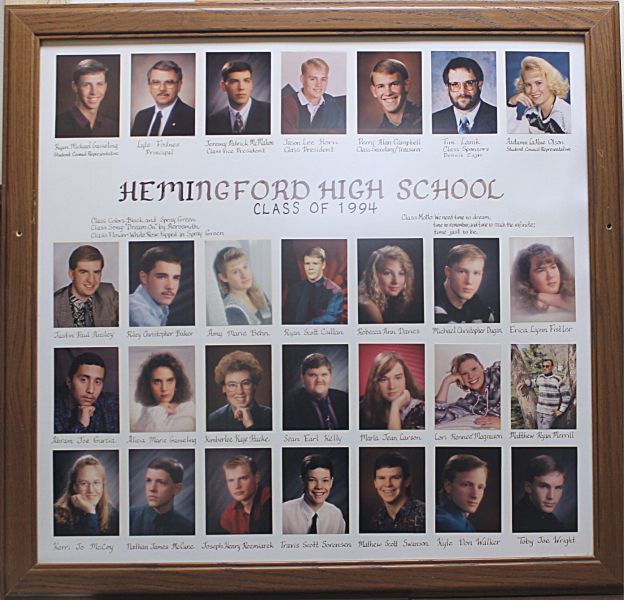 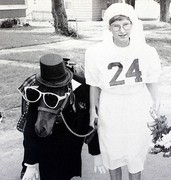 The HHS Class of 1994 Class Composite (Please click on pic to enlarge, and to see additional slide show of photos)

Music Department – Both band and chorus were under the new director of Mr. Jeff Fisher

Drama and One Acts – Two plays were performed during the school year: "Mirrors", and  "The Butler Did It"

Football – New coach Kurt Finkey and the team finished with no wins and nine losses, but, "practiced and played hard".

Volleyball – Coach Kay Horstman and the Ladycats ended the season with a 5-13 record. 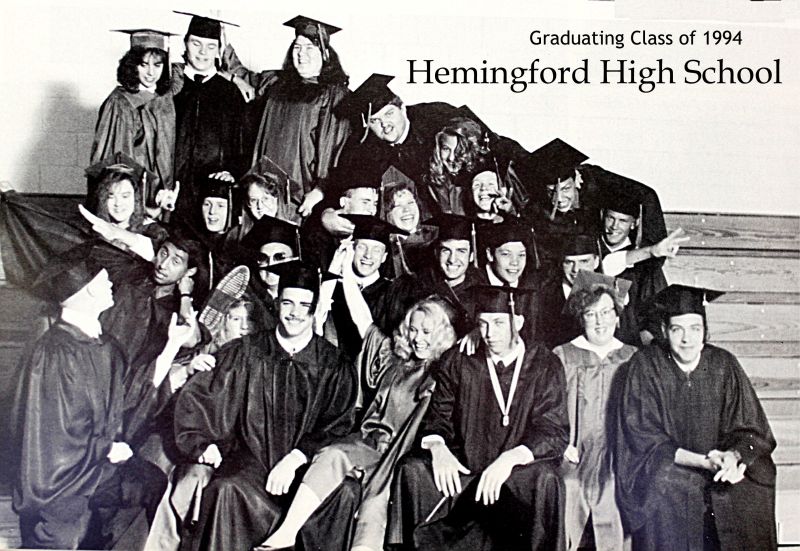 Girls Basketball – Coach Kurt Finkey and the Ladycats ended their season with a 13-8 record.

Boys Basketball – Twelve wins and 8 losses for the Cats, who were also PAC Tourney Champions! Coach was Tim Lanik.

Wrestling – Coach Planansky and his mat men completed the season with a 7-1 dual record . Riley Baker took fourth at state, with Grag Katen winning a sixth place medal for Hemingford there. Also wrestling in at state in Lincoln were Roy Garcia and Sean Hall. The Cats also won the Rushville Invite for the first time ever!

Boys Track and Field – Two boys qualified for state with Tim Lanik as their coach. with Greg Katen tossing the Discus in Omaha, and Justin Raben long jumping.

Golf –Coach Mike Mooney and the 20 members had a dual record of 4-2. 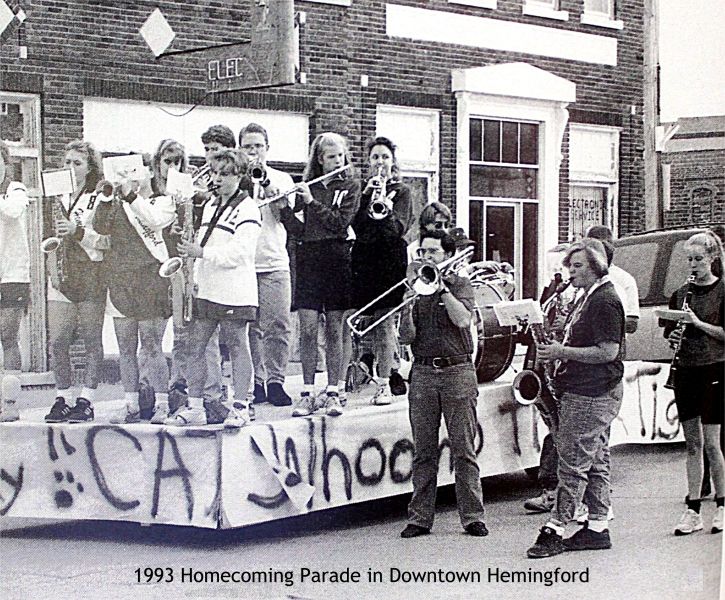 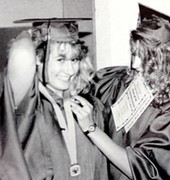 Senior Class Motto – "We need time to dream, time to remember, and time to reach the infinite; just time to be."