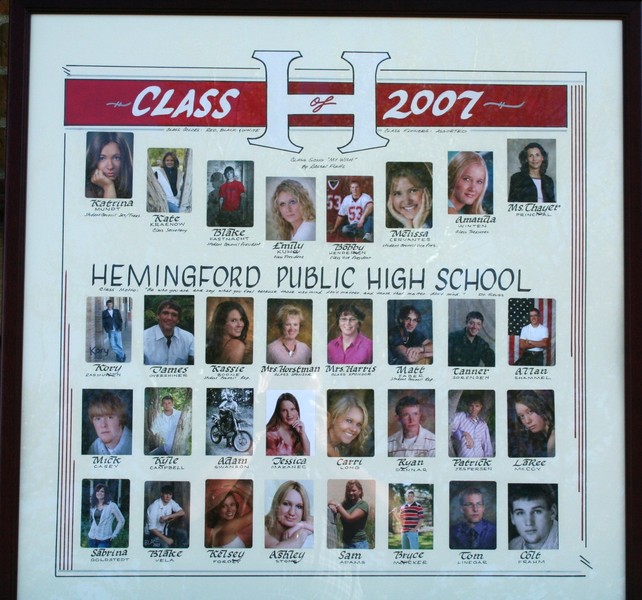 The Hemingford High School Class of 2007 graduated on Sunday, May 13th in the school gymnasium, with 29 members receiving their diploma. Class colors this year were red, black, and white.

District School Board Member Bob Haas greeted the over-flowing Mother’s Day crowd that hung in there during a very warm ceremony. Trish Schumacher, also a board member, and April Casey, Board president congratulated the members of the class, and handed out the diplomas as Secondary Principal Peggy Thayer read off names. School Superintendent Casper Ningen helped to introduce the Valedictory address and the Spirit of HHS awards.

Co-salutatorians this year were Amanda Winten, daughter of Bruce and Susan Winten, and Emily Kuhn, daughter of Marty and Jane Kuhn. 2007 Valedictorian was Melissa Cervantes, daughter of Joe and Marie Cervantes. All three shared their memories and hopes for the future in addresses to their class and the crowd.

Special “Spirit of Hemingford High” awards were conferred upon Joyce Klemke, longtime district business manager, and Sue Shaver, present media specialist at HHS, who also has taught music for many years  before that.

Hemingford’s band and girls chorus also performed. They were directed by music teacher Ann Chesley. Ramona Hucke, District Guidance Counselor, announced many scholarships for the class of 2007, as well as paying tribute to those seniors planning to join branches of the military.

A large crowd passed through a receiving line at the ceremony’s conclusion.Receptions for the graduates began on Saturday and continued through Sunday evening.Class sponsors are Mrs. Kay Horstman and Mrs. Brigit Harris. 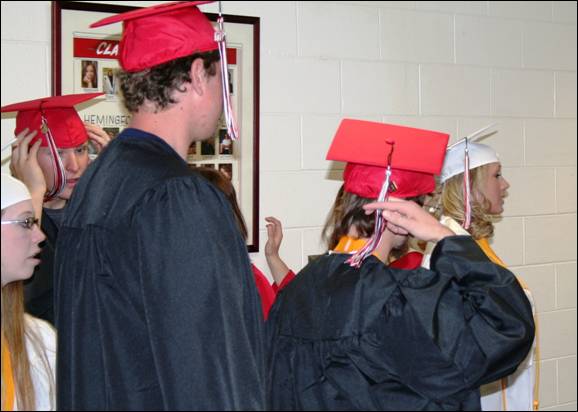 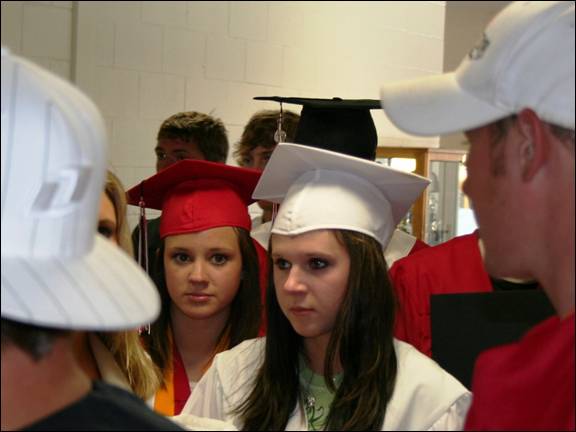 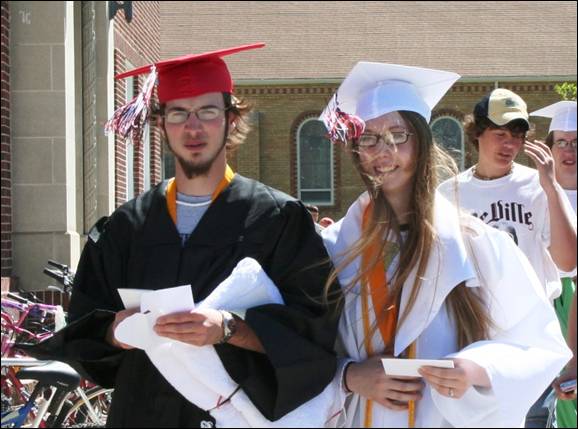 Matt Faber and LaRee McCoy take the breezy walk back to the high school, their last day at HHS. 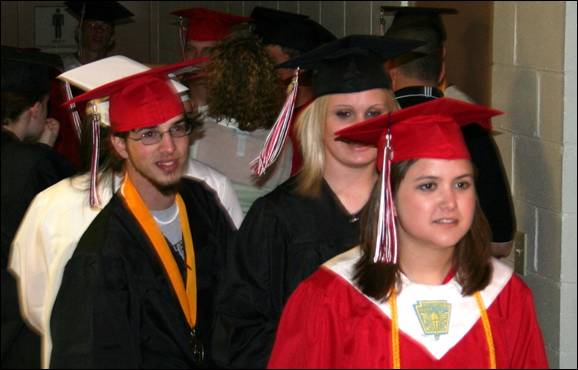 Matt , Ashley Stone, and Melissa wait for the final moments of graduation practice. 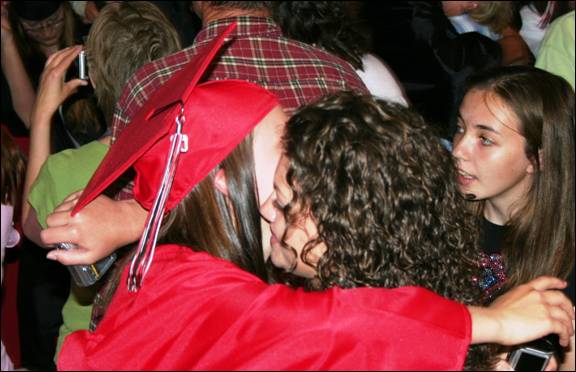 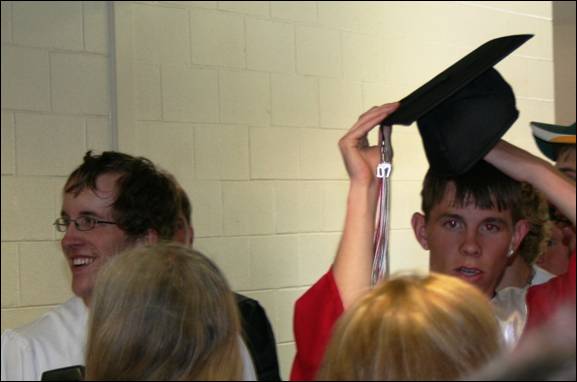 Allan Shammel and Patrick Jespersen reflect on life after graduation. 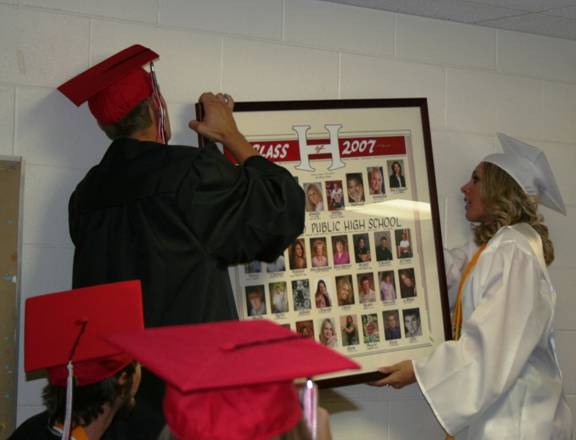 Class officers, Vice President Bobby Henderson and President Emily Kuhn, take part in the annual tradition of the “hanging of the class composite”. 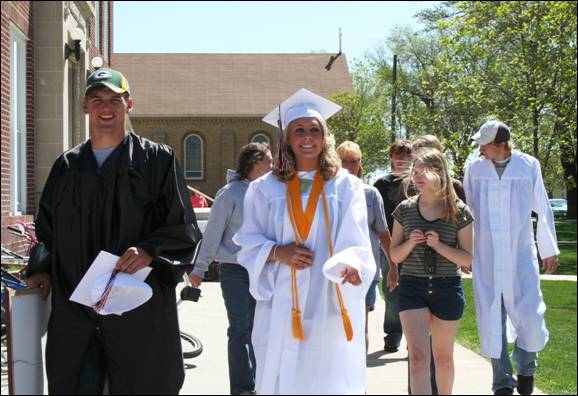