The Class of 2006 hands out hugs to family and friends! (Photo by Amber Ningen)(Click to enlarge) 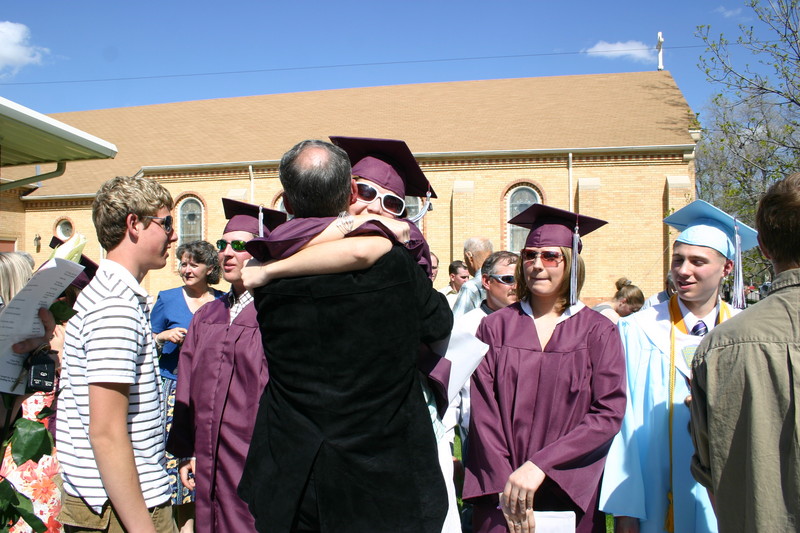 Launch the media gallery 1 player
The Class of 2006 hands out hugs to family and friends! (Photo by Amber Ningen)(Click to enlarge)

An overflow crowd helped to celebrate commencement exercises on Sunday in Hemingford on a sunny May afternoon. Ms. Peggy Thayer, Secondary principal at HHS proclaimed that the 30 members had all met requirements as set forth by the district 10 Board of Education. Bob Haas and Randy Dannar, members of the board presented diplomas and congratulated the members of this year's graduating class.

The morter boards went flying at the conclusion of commencement. (Photo by Amber Ningen, click to enlarge)

Launch the media gallery 2 player
The morter boards went flying at the conclusion of commencement. (Photo by Amber Ningen, click to enlarge)
Stephen Stewart, this year's valedictorian, and Stephanie Sorensen, the Class Salutatorian addressed the crowd following a special retirement honor for Mr. Lannie Shelmadine of the HHS Guidance Department. He was introduced by Mr. Chris Watt of the Hemingford Faculty.

"Spirit of Hemingford High" Awards were given to former long-time teacher and principal, Lyle Fodnes, who now promotes the school in his position as photographer at the Hemingford Ledger; and to Lynn Weldon, long time custodian and confidant in the high school. They were introduced by the Class of 2006 President, Mallory Moeller, and the Class Vice-President, Briana Paris.

The HHS band, led by Mrs. Shaver played the traditional graduation entrance selection, "Pomp and Circumstance", and the Swing Choir also performed for the crowd later in the program 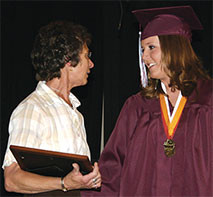 Class colors were burgundy and light blue, and the class marched out to the sounds of "Photograph", their senior song, performed by Nickelback.

The seniors received the large crowd on the front lawn on what was a beautiful spring day.