The Hemingford High School Class of 2012 (Click Pic to enlarge) 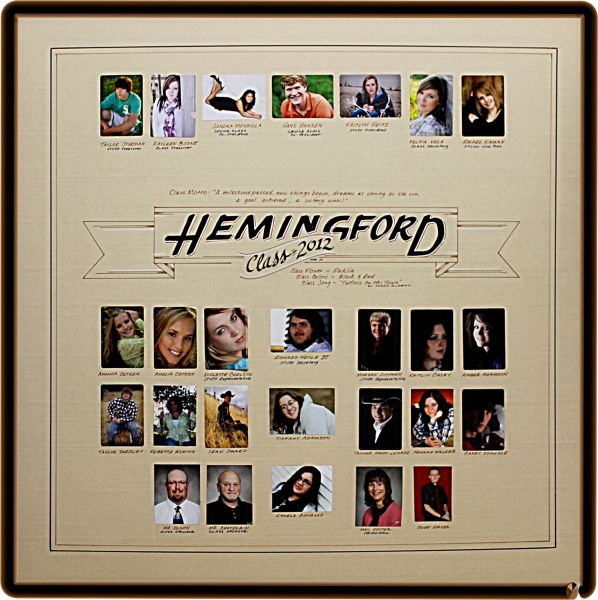 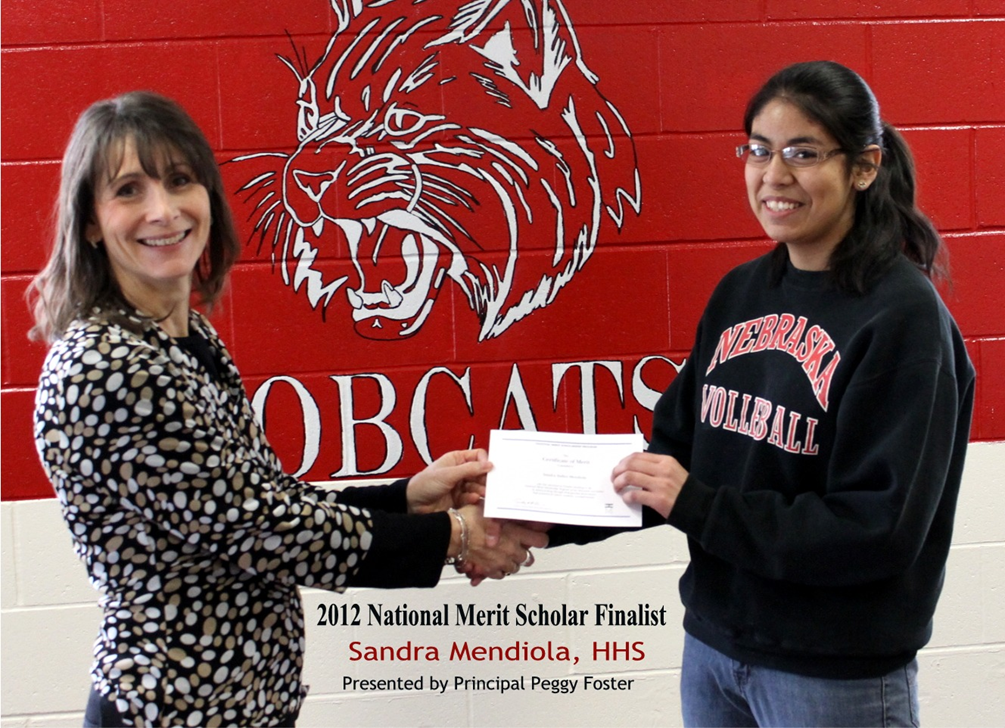 Academic Honors -  Senior Sandra Mendiola has won many academic honors this year at HHS, but none bigger than being awarded a prestigious National Merit Scholarship. Her high test scores at the local, regional and national level earned her this unique honor!

Hemingford was blessed with not just one, but two young adults from Germany that attended classes this year and lived with area families. Lena Koerbl has spent the past year involved in Chorus and in our academic classes. She lived with the Justin and Reyna Ansley family. 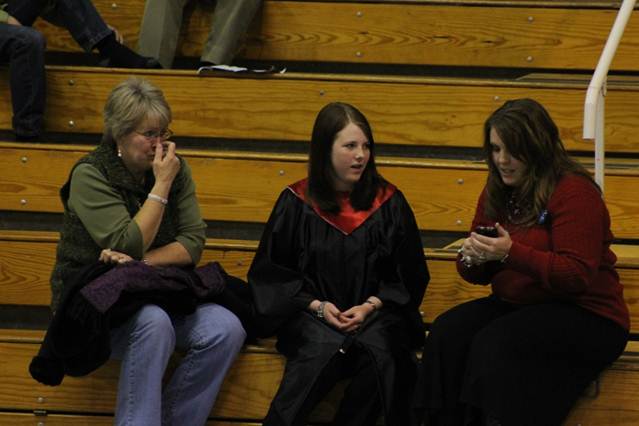 She is pictured here visiting with her American “Mom” after a Christmas Concert.

Christian Brakensiek, who lived with the Terry and Pam Huddle family, brought a great sense of humor with him across the ocean, and took part in Chorus, Speech and Golf this year 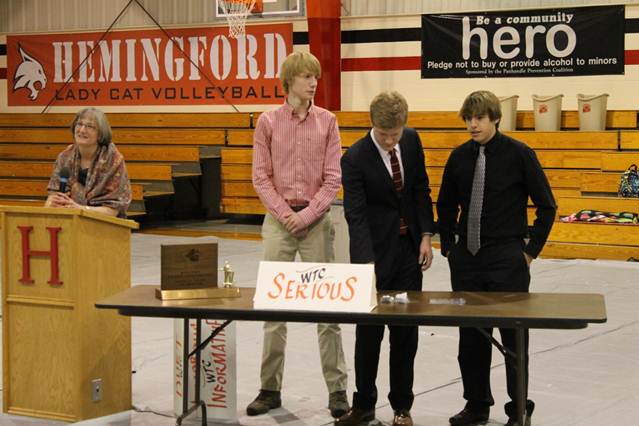 Christian is pictured at the WTC Speech meet with teammates Hans Hansen and TJ Starman, where he competed and helped in passing out awards. 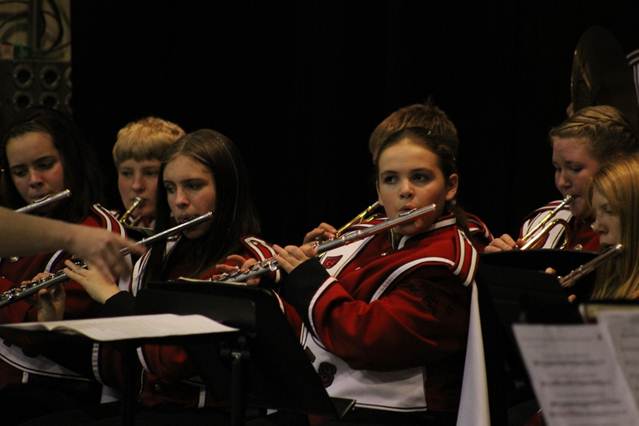 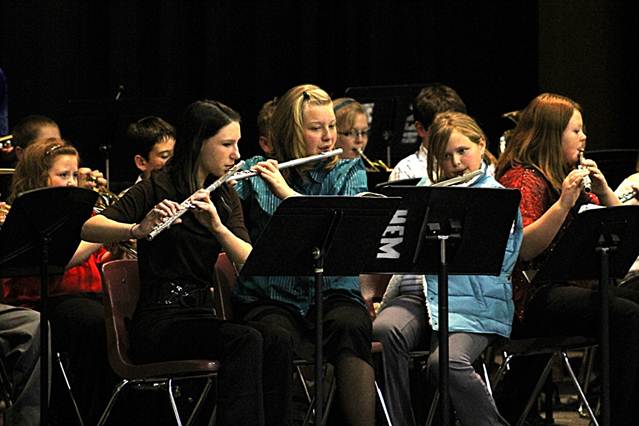 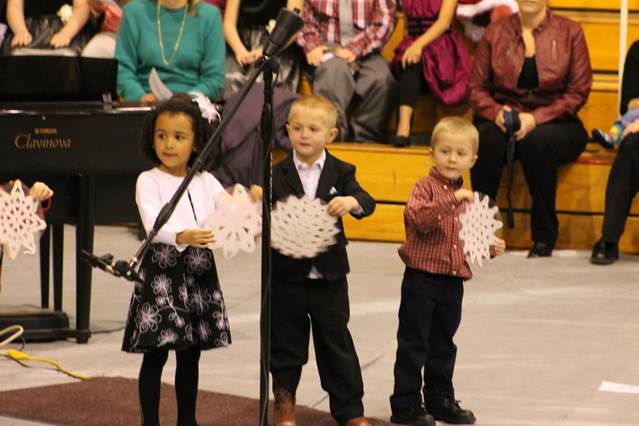 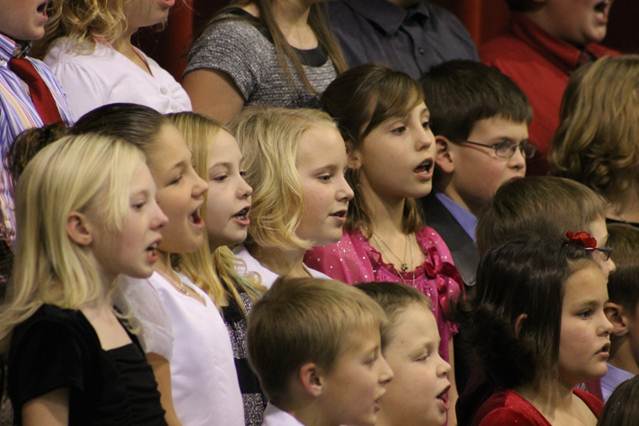 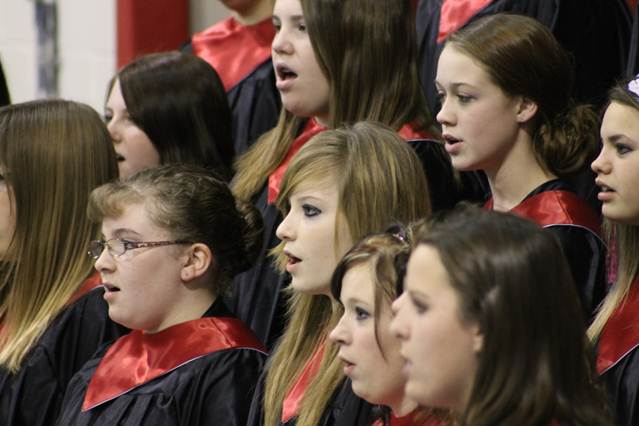 The Hemingford High School Drama Department, led by Directors Tabi Bryner and Irene Prochazka has once again put together a great cast and supporting crew for the 2011 One-Act production of, “Deus Ex Machina”.

Hemingford won top honors in this year’s Panhandle Activities Conference Contest, held in Hemingford. The cast and crew have a few more tour dates open, including Western Trails Conference at the Rushville Players Theatre on November 22nd, Districts at North Platte on November 30th, at 7:30 PM with a potential NSAA State Championship appearance that would follow a district Championship.

The play is a mixture of different plays, movies, and perceptions that actively involve the large cast and crew. As the Latin title, coined by the Greek philosopher Homer implies, machines should not be used to promote drama, yet the centerpiece of the satirical play is a pop machine! 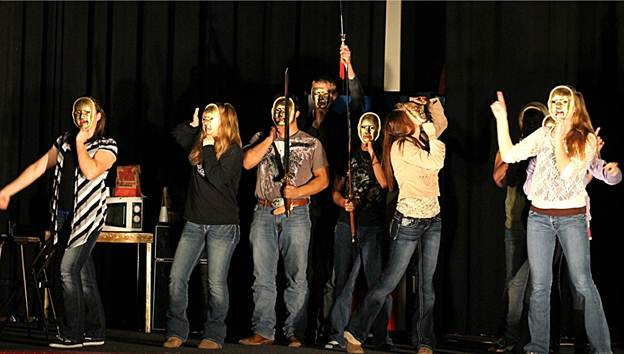 The Teacher/Director and the students initially play a group of thespians trying to do a play that features overtones of “2001, A Space Odyssey”. 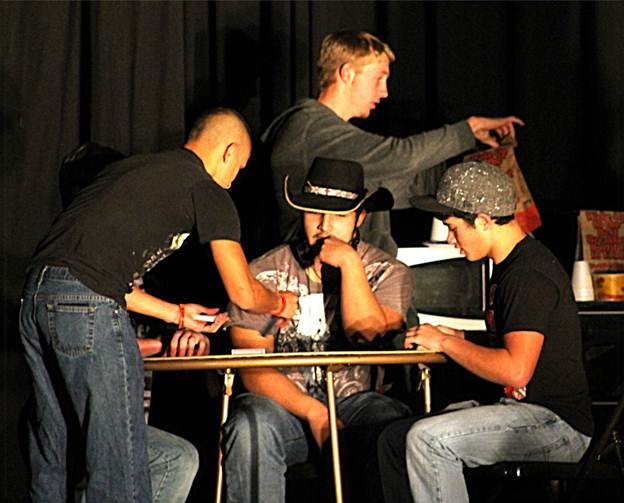 Lembke also plays Charlie Chaplin, with Weber and Forgey as Keystone Cops; Wood also plays “Dorky”, while Jespersen and Forgey are Strange 1 and 2; Trevor Benge is a super hero that pops out of the machine, with Weber also playing Pita, and Jesus playing Brother. Sister 1 and 2 are played by Fessler and Fortner, and Bergfield also plays the Good Witch as the play travels to stormy Kansas. 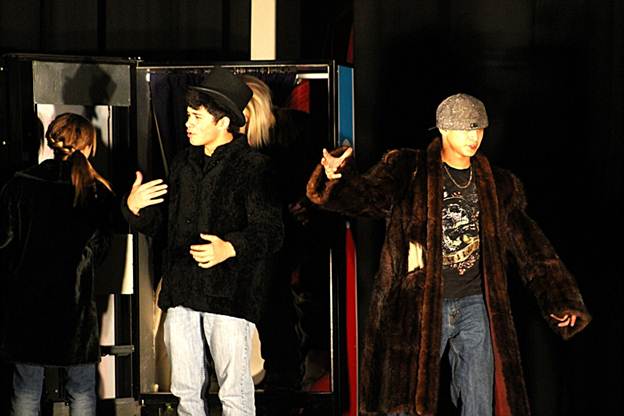 Heitz portrays Mrs. Smith, with Mr. Smith played by Tanner Lembke. Hansen is Pozzo, Fortner is Lucky, and Grumbles is Bedelia. The Chorus in this part of the play includes Heitz, Wood, Fortner, Phillips, Fessler, and Forgey. Trevor Benge is Spam, Glendy is Edward, and Jesus is Numbers Prime in a portion of the play that mimicks the movie, “Transformers” 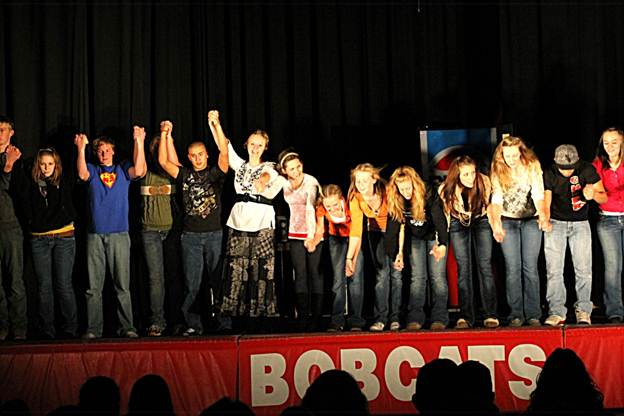 The good-sized crowd enjoyed the public performance in Hemingford on the 21st, and the cast will also perform for the K-12 students at HHS in addition to the other contest performances. 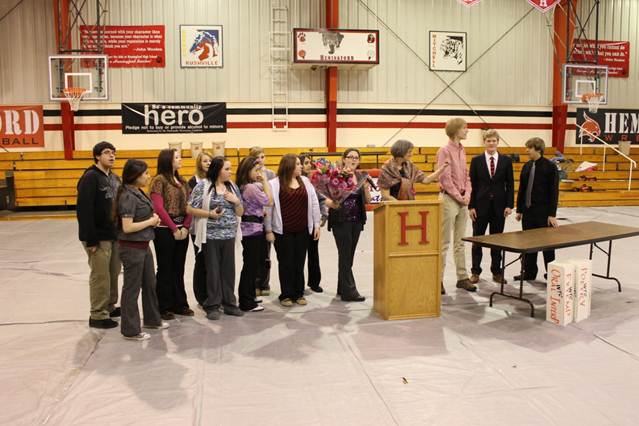 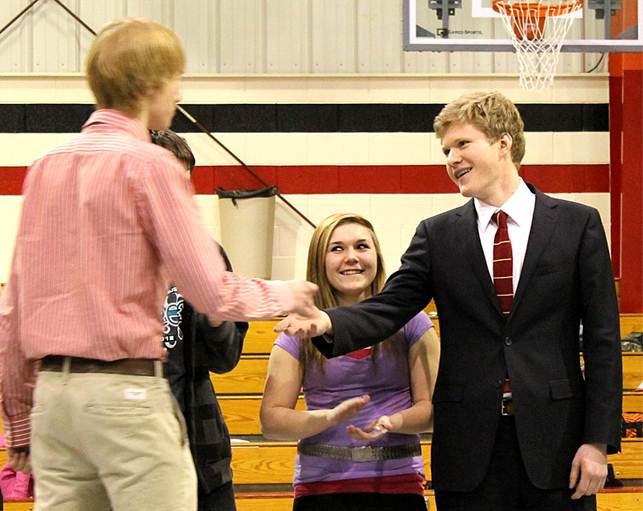 Hemingford played host to the WTC Tourney, with several placers! TJ Starman received a 6th in Informative; The Oral Interp team also received a 6th place finish; Tegan Yardley and Lexi Olson earned All-Conference Honors by finishing as Conference Runner-Up in Duet Acting, and Senior Hans Hansen won two medals, a 6th in Persuasive, and a conference Championship in Extemp! He is also All Conference. Thanks to Mrs. Stewart and Mrs. Herstead and the entire speech team for working so hard to set the meet up and make it such a success!

Hans Hansen placed 2nd in Extemporaneous, while Tegan Yardley and Lexi Olson placed 6th in Duet. Good luck to all of the team members at Districts!!!

Hans Hansen and TJ Starman qualified for the STATE Speech meet! Hans finished in 2nd place in Extemp, while TJ placed 3rd in Informative! The rest of the team also did a fantastic job! Annie Hughart placed 4th in Informative: Tegan Yardley and Lexi Olson placed 4th in Duet Acting; and the OID team of Belle Irish, Lexi Olson, Sarah Mracek, TJ Starman, and Christain Brackensiek placed 6th. All of the placers won a well deserved medal. TJ and Hans will perform early Friday morning at UNK in Kearney on Friday, March 23rd. 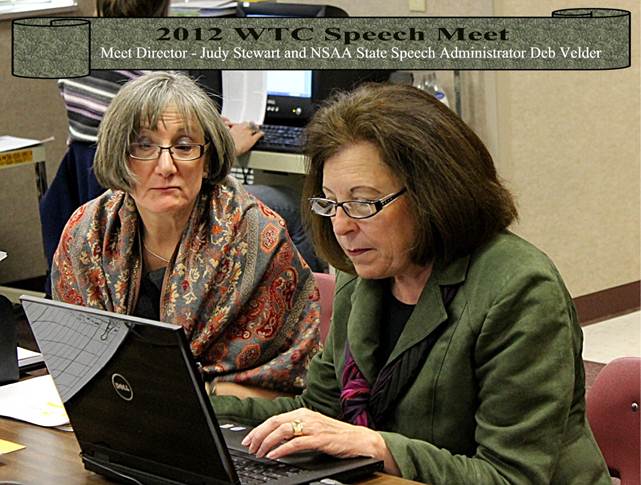 Members this year include:

Football – Hemingford High School had another fine football season in 2011-12 for Coaches Hiemstra, Haas, and Collins, finishing with a (5-3) won –loss record. Though the school enrollment once again kept the Cats from the State Play-offs, 2012-13 will be a different story, as Hemingford becomes eligible once again! 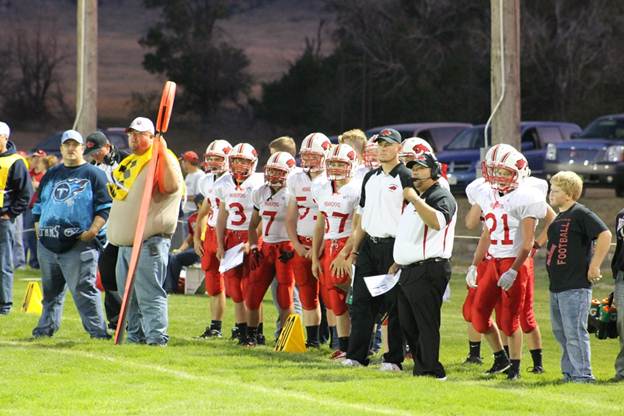 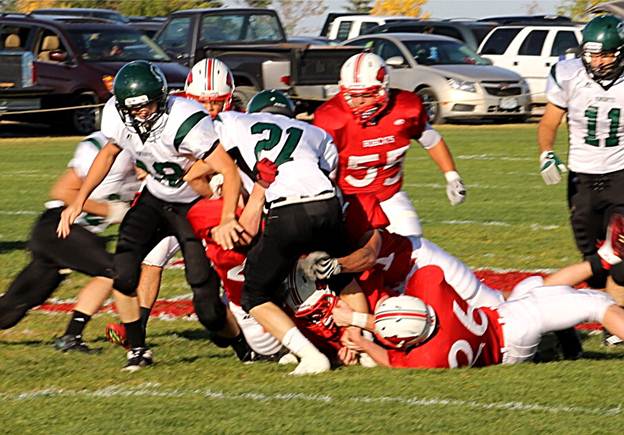 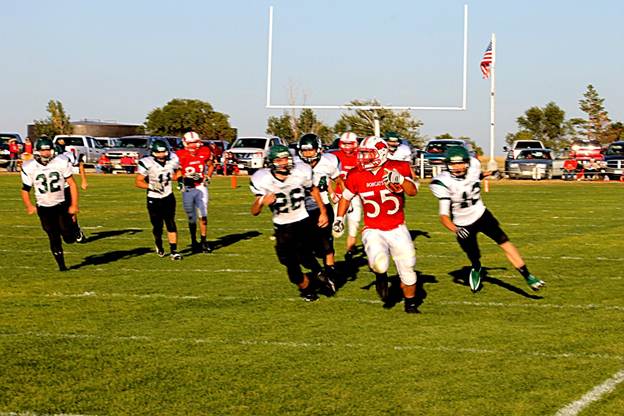 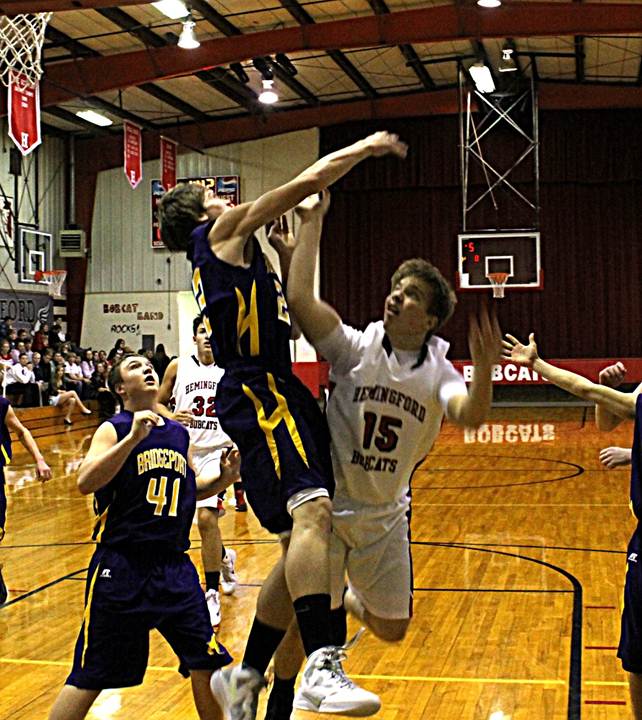 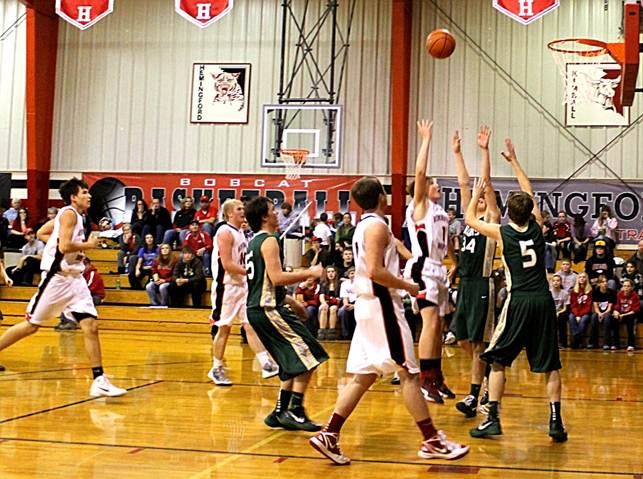 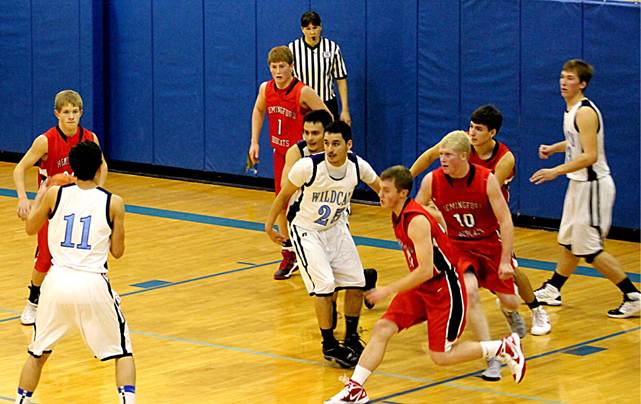 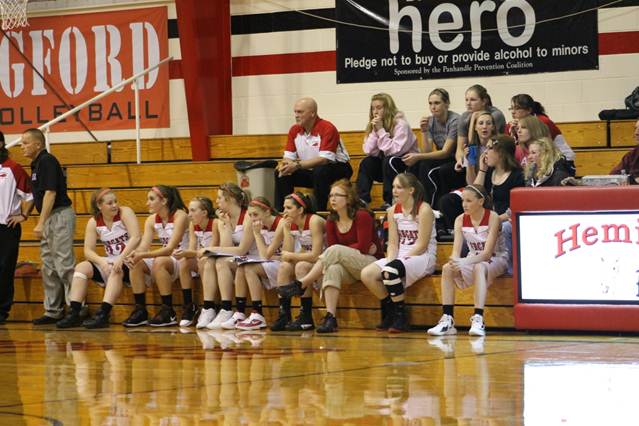 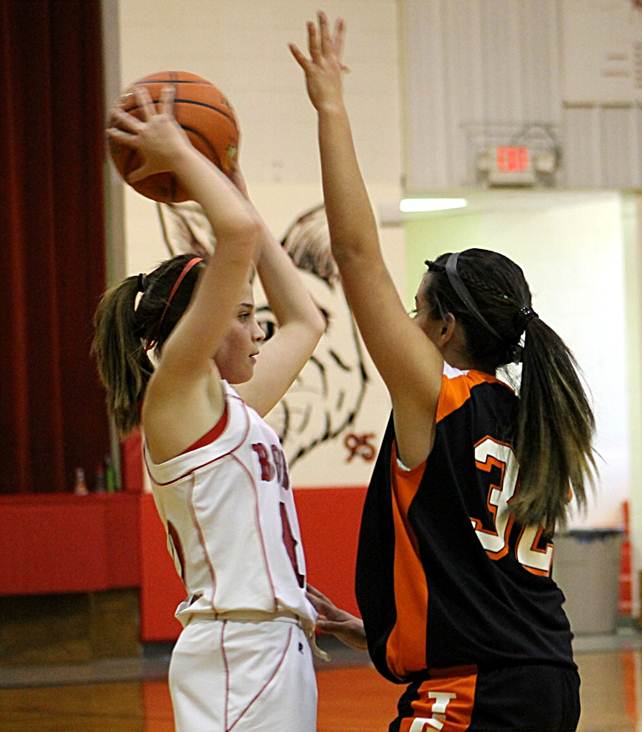 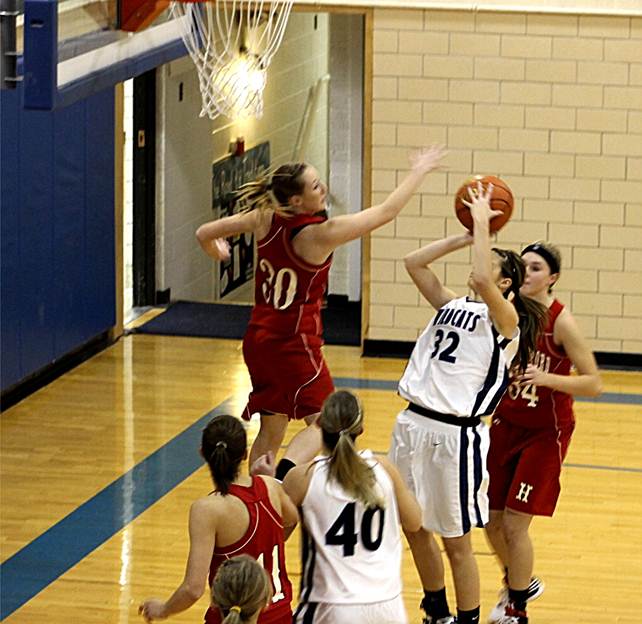 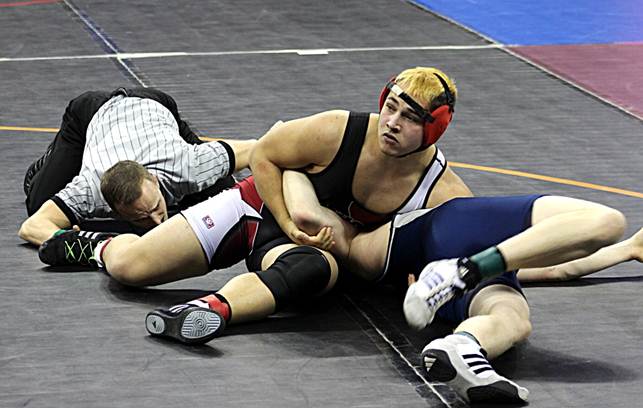 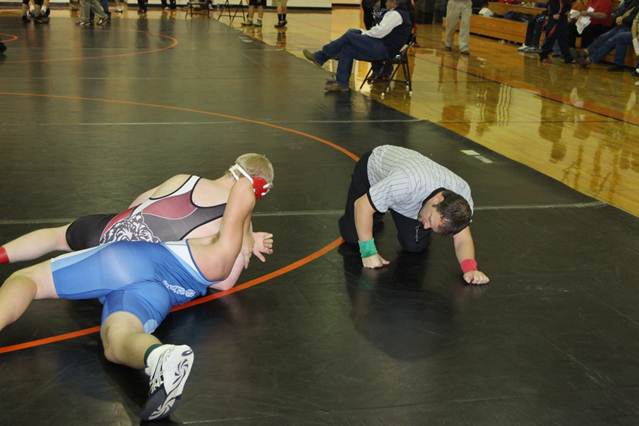 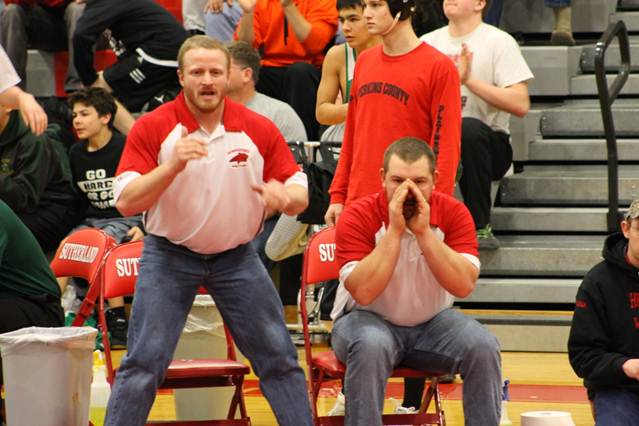 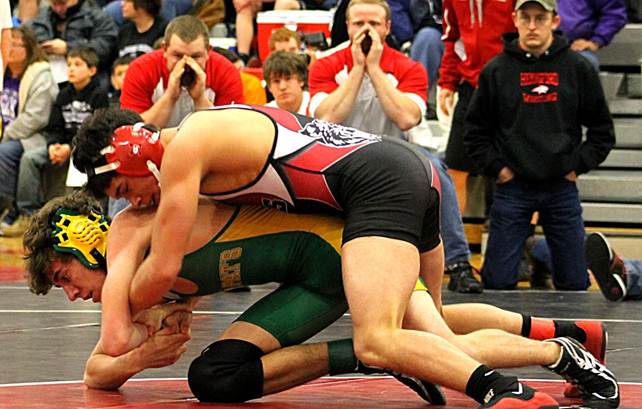 More news will be updated later, but two Juniors were District Champions for Coach Cindy Ahrens and qualified for the State Meet in Omaha. Kaitlyn Jespersen now holds the school record in the triple Jump and will jump one more time this year at Burke Stadium. Kelsy Wood had an outstanding season, and won four individual District events, the 100, the 100 Highs, the 300 Lows, and the Long Jump. Wood holds three school records. Both girls will have many fans cheering them on at STATE!