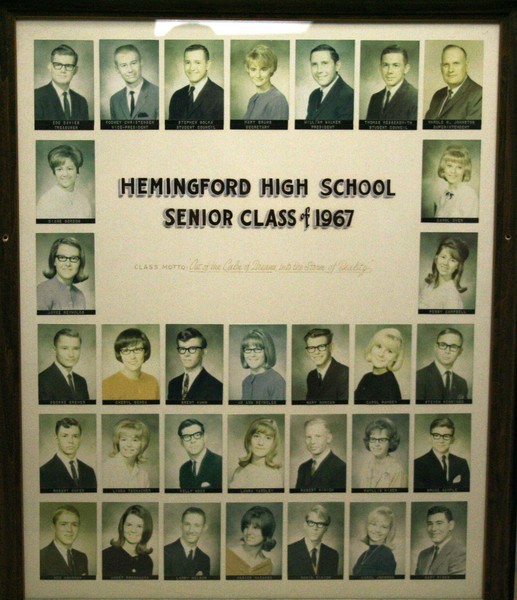 Drama and One Acts – “Harvey” presented by the Pep Club, the all-school play “All Because of Agatha” was presented with two weeks rehearsal time.  At the festival, in the spring of the year, the following selections were presented – “The Wall”, “Proof of a Man”, “A Night in the Country”.

Boys Basketball – Coaches Phil Snyder and Lambert Belina and their team of 12 had winning season.

Special or Unique Happenings – Centennial year marks a move for Hemingford students from and over-crowded and inadequate building into a new classroom facitlity.