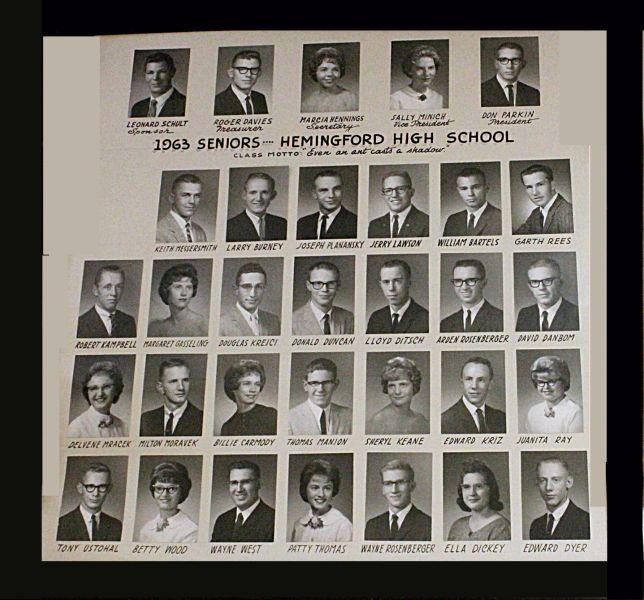 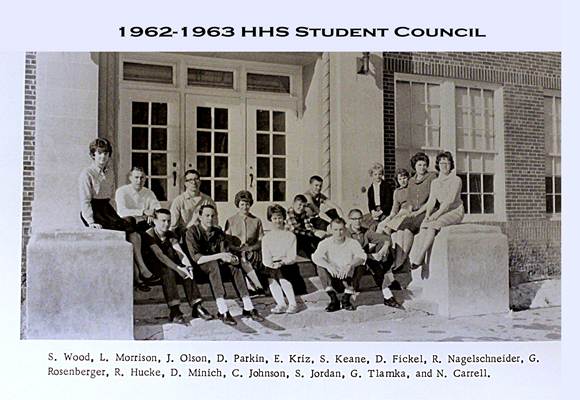 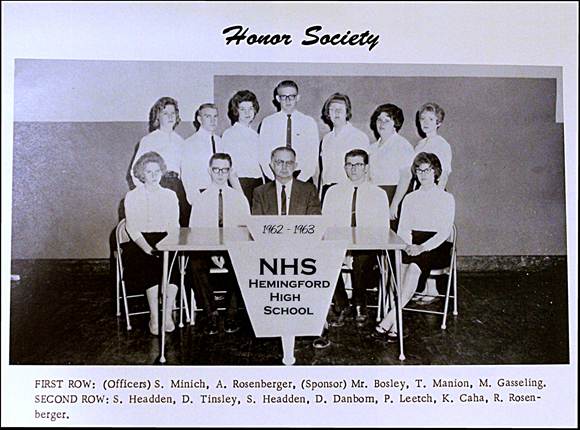 Band and Chorus were directed by Mr. Marker, and accompanied by Carol Price. The Majorette was Patty Overstreet. Over 70 students participated in mixed chorus, with eleven Pom-Pom girls, and 32 band members. 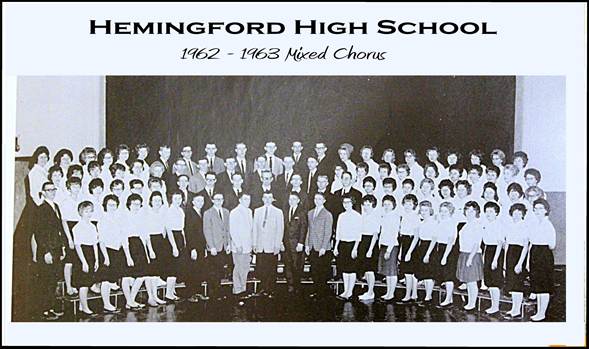 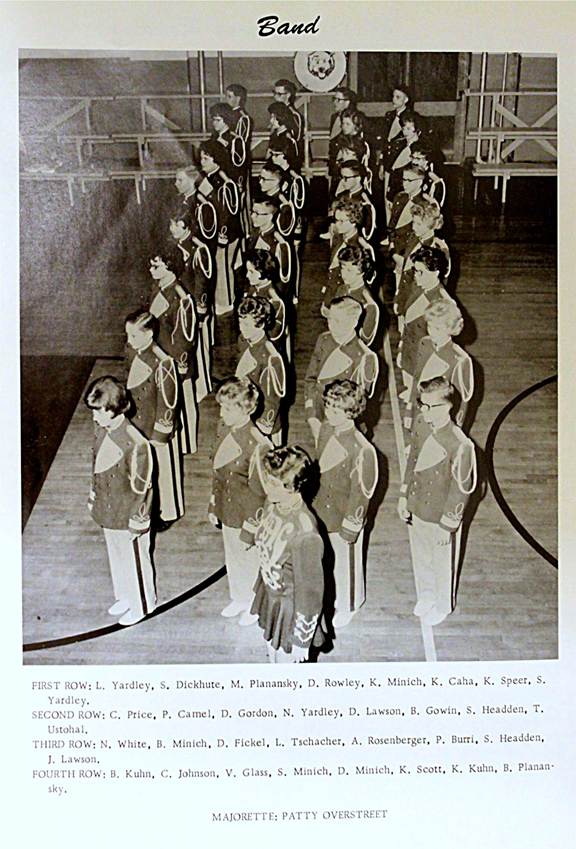 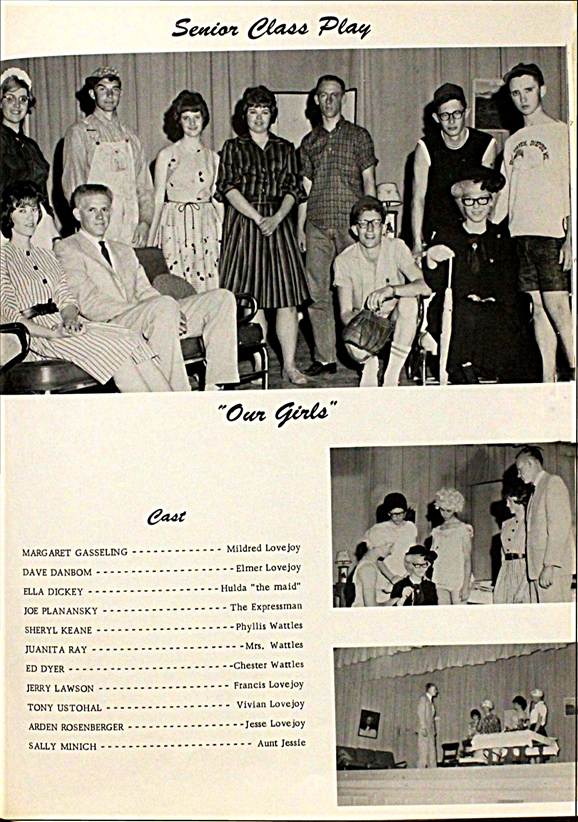 Coach Ecklund coached the Bobcats to a 5-3-1 record. 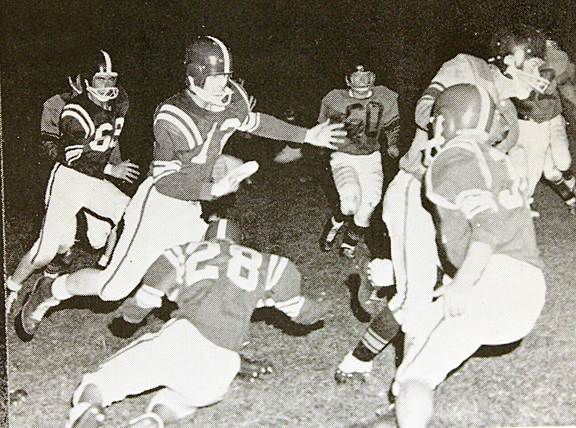 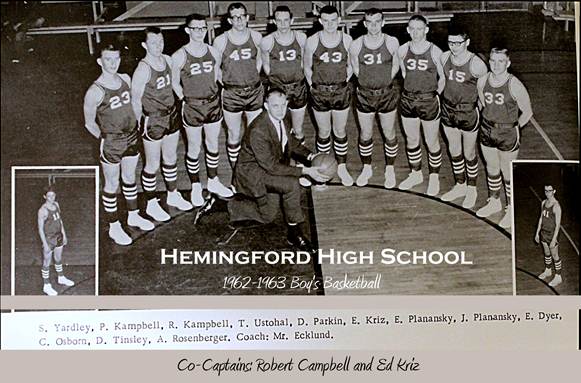 Current HHS Track and Field records are set to be assaulted by Coach Jerry Ecklund’s group of thirty-one thinclads. 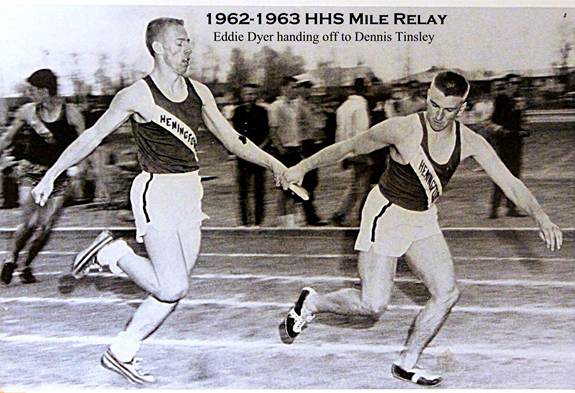 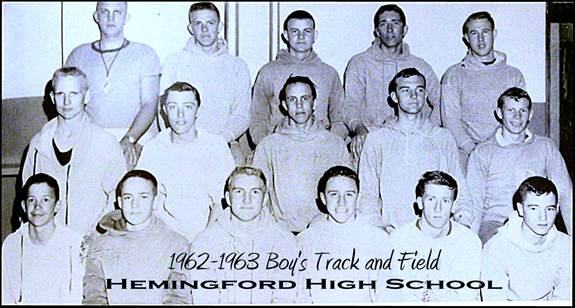 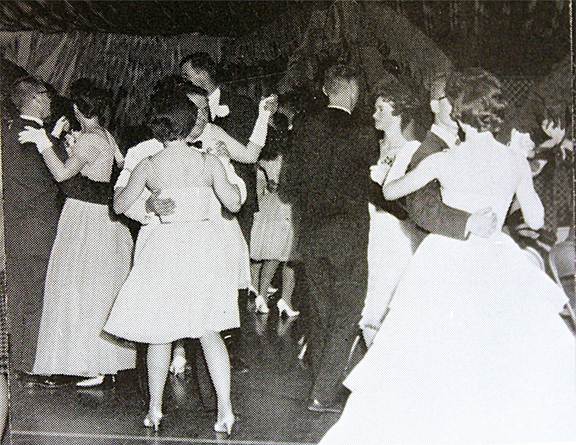 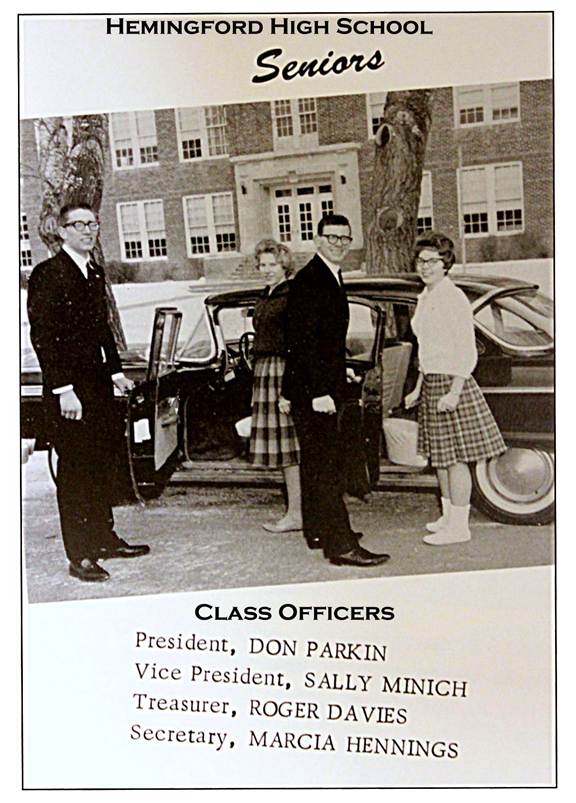 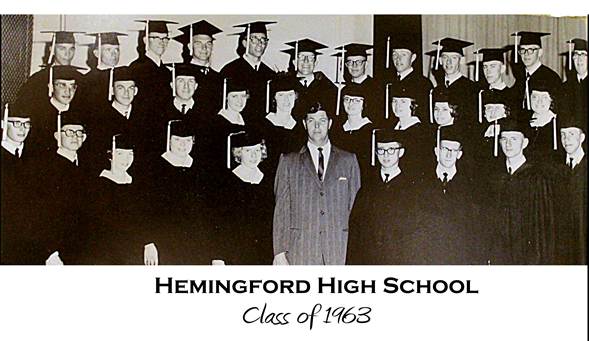 Lloyd Ditsch–Wills his car to anyone who wants it, his stock car to Carey Davies, and his ability to miss school to Paul Kampbell

Ella Dickey–Wills her ability to outtalk anyone and everybody, and then keep talking to silence Sharon Headden.

Robert Kampbell– Wills his ability to stay in speech class to Davis Dufek.

Sheryl Keane– Wills her iron to the second string cheerleaders.

Douglas Krejci–Wills his bookkeeping book to his little brother because it won’t do him any good.

Jerry Lawson– Wills his safe driving abilities to Dennis Gasseling and his wig to Peggy Masat.

Milton Moravek–Wills his hair to Bob Ray including all his used Brylcreme.

Delvene Mracek–Wills all the gum under her desk in the English room to Dennis Herbaugh.

Joey Planansky– Wills his ability to play the fullback position in football to Floyd Roebuck.

Juanita Ray– Wills Betty Parkin and Linda Kampbell “The Bouncer” to use next year (if it still runs), and her walking papers to Kenny Minich.

Arden Rosenberger– Wills his ability to give a forearm lift to Coach Trew.

Wayne Rosenberger–Wills his ability to play hooky to Boyd Krejci.

Patty Thomas –Wills the ability to keep the natural color of her hair to Cathy Maiefski.

Tony Ustohol– Wills his sweet little cousin Greg to any good looking girl that will have him.

Wayne West–Wills his car to anyone that wants it. 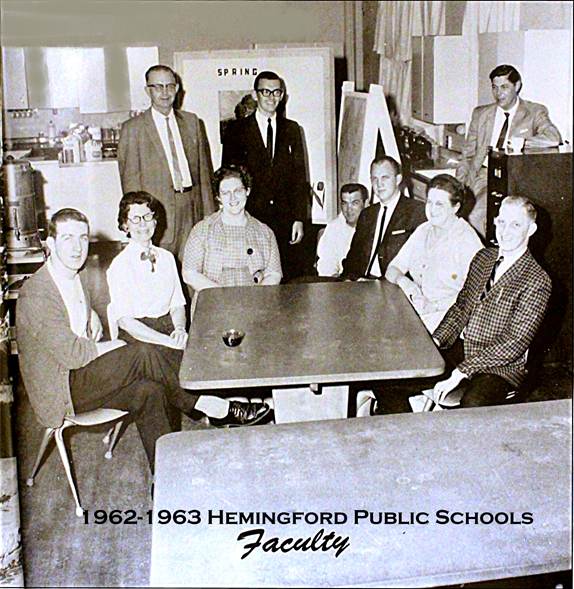