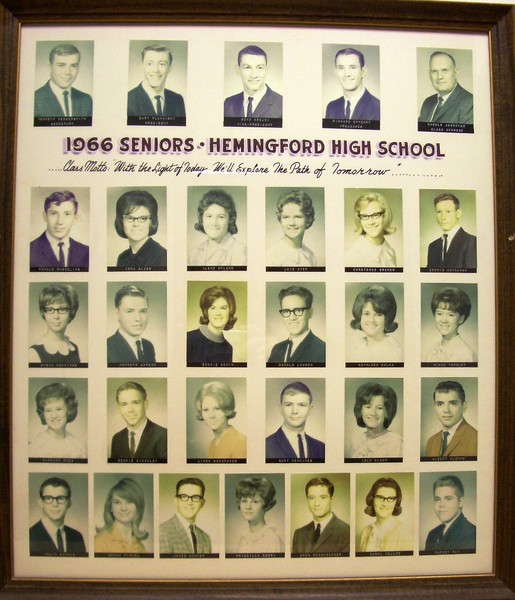 Student Council Highlights Providing communication between the student body and faculty was the main goal of the Student Council at HHS. The group also raised funds to purchase gold cords for graduates that were members of the National Honor Society to wear at commencement. Members maintained the pop machine and were the schools courtesy committee, sending cards and candy to anyone that was hospitalized. 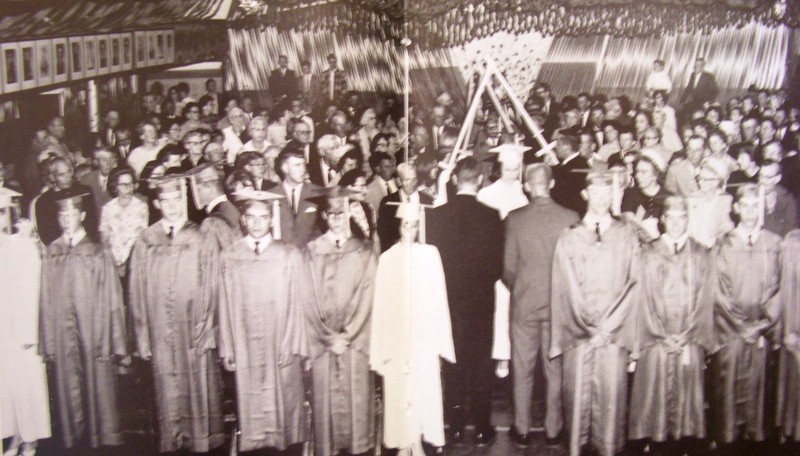 Music Department  Lincoln and the Nebraska State Fair was once again the destination for Mr. Quinonez and the Marching Bobcat Band. Band Officers included, Captain, Bonnie Gowin, Donna Fickel, Asst. Band Captain and secretary, and representatives Brent Kuhn and Dave Minich. The Band had over 60 members and also performed at District Music Contest as well as Christmas and Spring concerts. There were an amazing 78 members in the HHS Chorus, as well as the Girls Glee with 48 members. Nancy White accompanied the groups on piano. 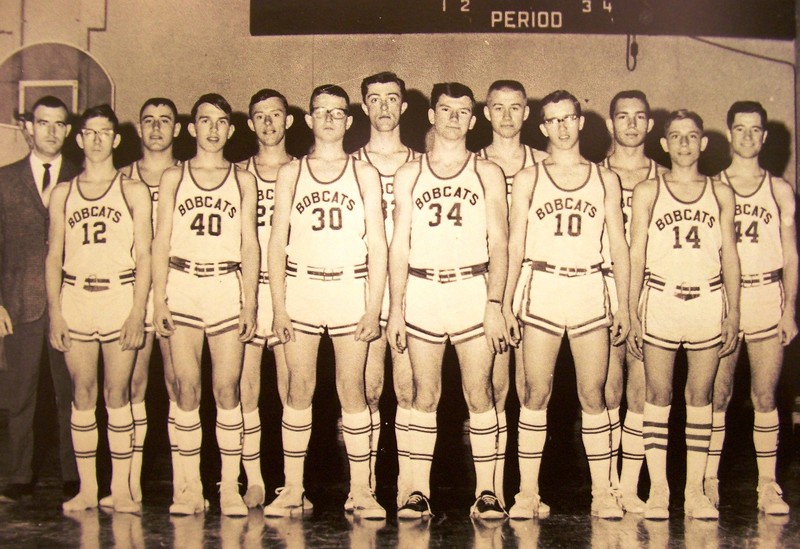 Launch the media gallery 3 player
The Bobcat Boys Basketball Squad in 1966 (Please click on picture to enlarge)
Drama and One Acts All Carrs to th3e Rescue was the one act, with Joyce Kiester honored as outstanding newcomer. Best actor was Steve Golka, and best actresses was Diane Gordon. A second One Act Play performed was Anything Can Happen,  with Best Actress given to Lelo Olson, and Best Actor Al Klemke. The students also performed three other plays ,Web of Murder,  Lie, and Love is Contagious, the Junior Class Play. Kathy Golka and Don Lawson received special awards at the annual Elmer night, that honored students in drama.

Football  The Cats of Coaches Kuhn and Belina struggled through eight straight losses including being shut out four times before a pep talk from the coaches and a superior effort by the seniors helped to record a 29-13 victory over Hyannis in the final game of the season. Nineteen players competed for the 1965-66  Bobcats.

Boys Basketball  25 Boys made up Coach Patterson’s team that finished the season with a 2-14 won loss record. There three one point losses during the tough season.

Golf There were three golfers out for Coach Beck, including Gordon Glass, Roger Beck, and Dick Zeller.

Homecoming Royalty  King Albert Klemke and Queen Donna Fickel were Fall Royalty, while King Gary Planansky and Queen Kathy Golka were Winter Royalty. Diane Yardley, Kathy Golka, Greg Rosenberger. Gary Planansky, Donna Fickel, and Albert Klemke were the attendants for one of the two occasions. A bonfire was held after a snake dance to boost the spirits of the Bobcat faithful.

Prom Theme   The Theme was A Rose, as The Chaperones played music to an overflow crowd that saw a flower garden and wishing well, along with winding roses. A huge red rose was the centerpiece, and was suspended from the ceiling

Senior Class Motto With the Light of Today, we will Explore the Path of Tomorrow.