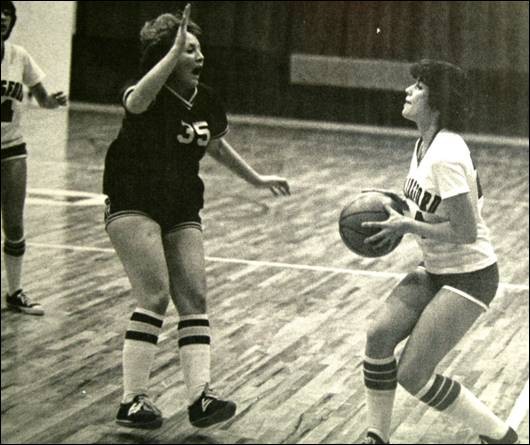 Hemingford Girls began playing basketball in 1977 as far as the NSAA records say. Coach John Stanton guided the Lady Cats from the start for twelve years, winning 157 games, and taking the Lady Cats to the State Tourney for the first (and only) time in 1985-86. Coach Stanton and his teams had many great seasons, including five seasons with over 16 wins, and two seasons that reached the 20 victory mark.

Though some might have been disappointed in not returning to the State Tourney in 2016-2017, our seniors had more than 20 wins each of their four years in High School, amassing an (83-16) Won - loss record! Our school has had just six 20 win seasons - Including the past four in a row !

Click the link below for the actual years and win-loss totals. (UPDATED IN 2017)