Class of 1955 Composite (please click on thumbnail to enlarge) 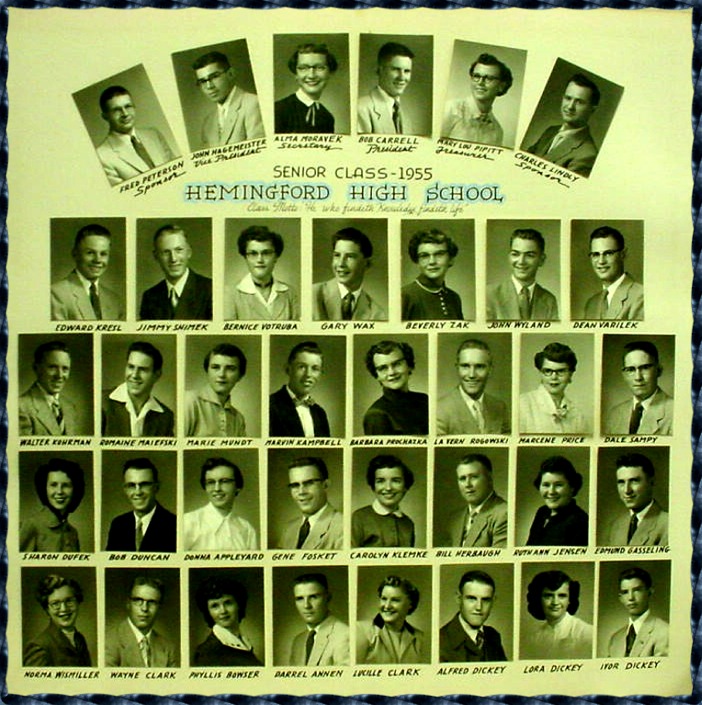 Student Council Highlights – “Kid Day” and “Skip Day” were enjoyed. The underclassmen were challenged to uphold the spirit of the high school to the best of their ability, and to gain as much as they could in the way of knowledge!

Music Department – The Band had over 40 members and was directed by Miss Gilbert. Twirlers were Judy Caha and Shirley Langston. The Drum Major was Lynn Ustohol, and the mascot was Mary Jane Planansky. Mixed Chorus had 33 members, and The Madrigal Chorus had 20 members, the Dance Band had nine members, including Dennis Clark, Bob Reindl, Lynn Ustohol,, Floyd Gowin, Ivor Dickey, Twyla Lawson, and Darlot Curtis.

Boys Basketball – The bobcats were District Champions, with victories over Minatare by 15 points, Chadron High by 3 points, and a nail-biter over Mitchell 52-51 in the District Championship game. They lost to Chappell 60-68 in the game to go to state. Their final season record was 16-7 for Coach Charles Lindly. Co-Captains were Dale Sampy and Gene Fosket. Phyllis Bowser was Basketball Queen, with Norma Wismiller and Alma Moravek her attendants.

Girls Track and Field – Not held 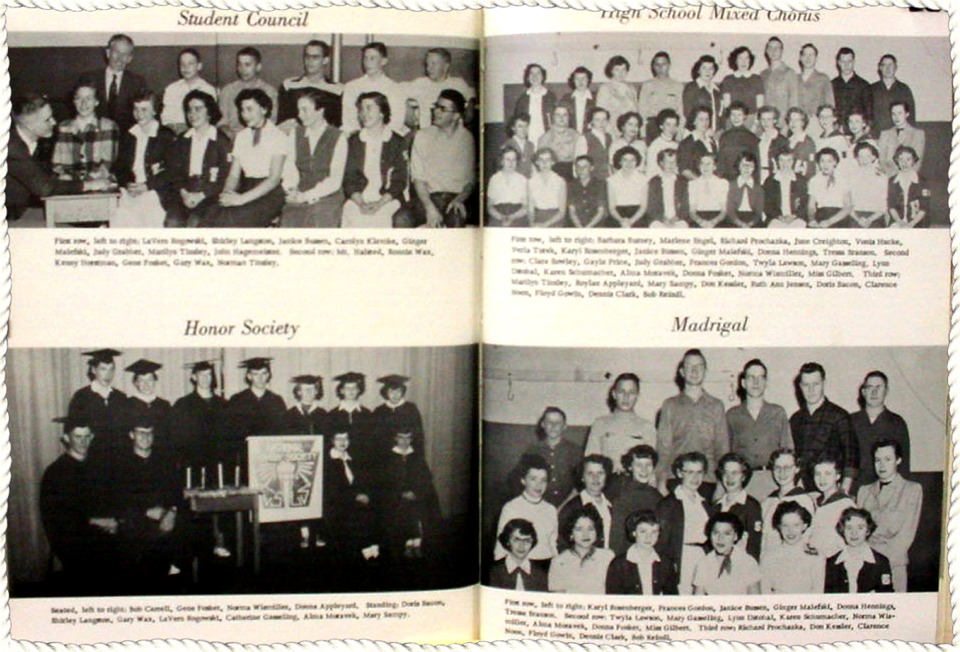 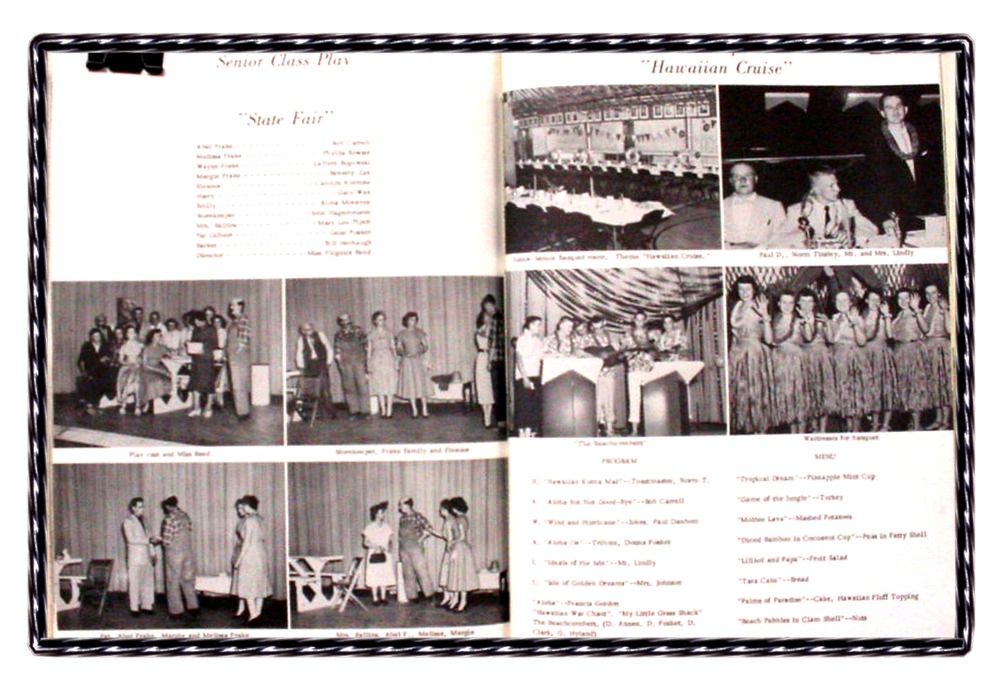 Special or Unique Happenings – Senior Class will included: Romaine Maiefski giving his car to anyone who wanted it; Beverly Zak gave her love of popping gum to all the teachers; Ivor Dickey gave his job at Dairy Queen to George Clark; and Edmund Gasseling gave all of his girlfriends in Alliance to Russ Luce. The prophecy found Lucille Clark living on a small farm outside Hemingford; Gene Fosket as Basketball coach at UCLA; Walter Kohrman is now wrestling in Madison Square Garden against “the Swedish Angel”. Barbara Prochazka is now a model in New York, and Gary Wax is now a professor at Harvard!

Yearbook Dedication – Dedicated to Mr. Fred Petersen, a faculty member that had taught at Hemingford for three years in Math and Science