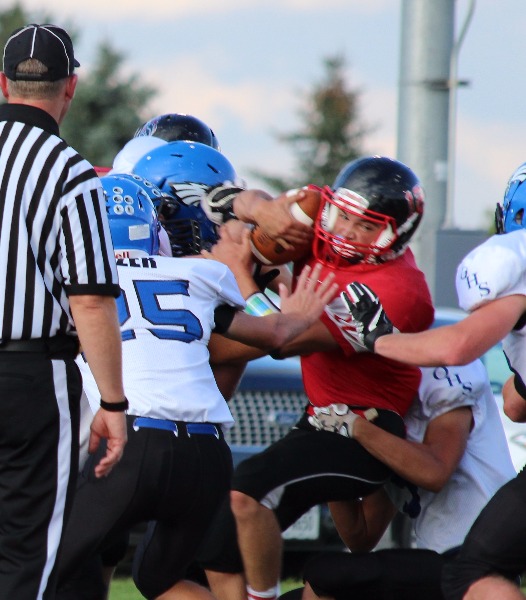 HHS SENIORS:
-------------------
Hemingford will send six seniors into the fray, a group that has had success for four straight years, winning thirty-three games so far over the past four seasons, while losing only seven.

Miles Davis, Nevin Swires, Brandon Chancellor, Ezra Ray, Conner Swanson, and Kage Jespersen have all distinguished themselves this season and have done a great job leading our younger players all year long.

ADMISSION:
----------------
Game time is set for 3PM Mountain Time, and fans may pre-park if they wish. The NSAA sets prices for play-off games, with Adults paying $7, Students $5. Only special NSAA passes will be accepted for this game and any other play-off games.

WEATHER:
---------------
The game promises to be a chilly one, with gusty winds, a good chance of rain, and low temperatures.
In other words, perfect football play-off weather!