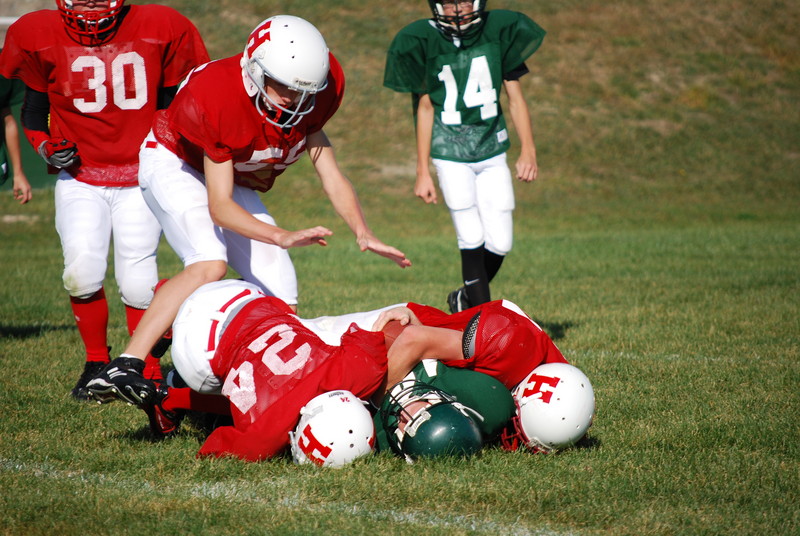 A foggy Saturday morning on the 27th of Sept was a beautiful setting for a wonderful start of a football weekend.  The Jr. Cats started off the weekend right with a huge win against the Hay Springs Hawks.  The Cats came out in regular fashion hitting the Hawks right on the jaw.  After marching down the field for the third time in three games, the Cats led by 8 pts.  Then the Hawks put on the heat bring their impressively large line straight toward the Cats and answered back with a score of their own. 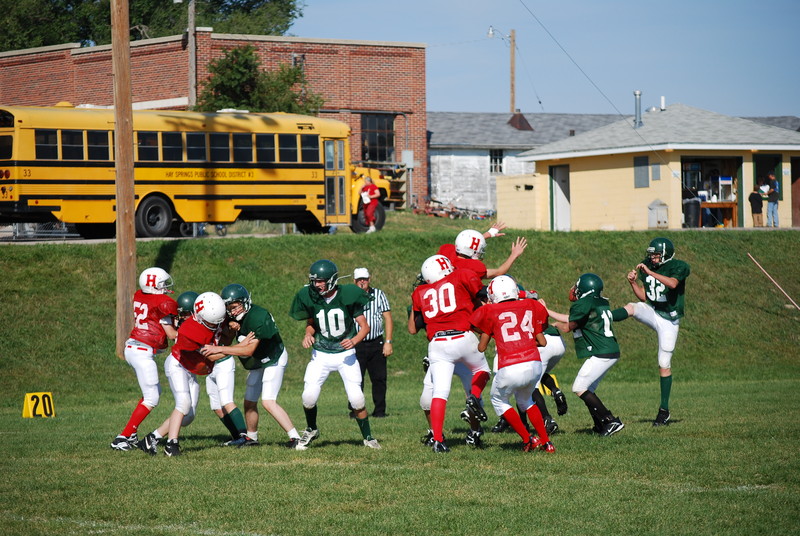 The Hawks as impressive as they were fought throughout the first half by their lack of numbers soon led to the opening of the flood gates and the scoring of 36 unanswered points in the second half.  Some of the keys to the Cats success were the blocking of two punts, two “Bingo” interceptions and an awesome defensive effort.

The Cats finish their season on Thursday at home against the Crawford Rams.  Come out and support our hometown heroes!