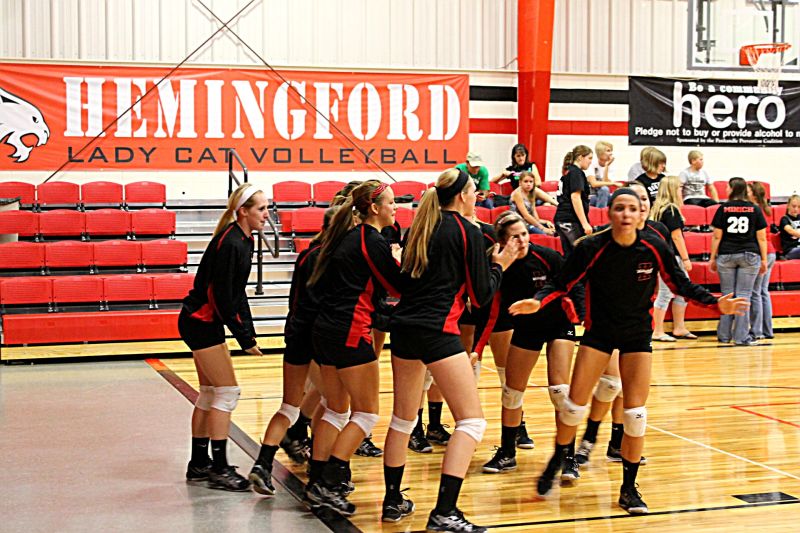 Mitchell Tourney action saw the Lady Cats drop a three-set thriller to Bayard, lose a two-set match to Mitchell, and then re-bound with a great (2-1) win over Gordon-Rushville. Their season record now sits at (8-7).

The ladies also played Banner County at home September 20. "It took us the first set to get warmed up, but the next two sets were great", said Head Coach Kerri Heusman, "The girls played well and the underclassmen came off the bench to contribute to the win tonight also. Scores were 25-16, 25-12, and 25-4. Stats: Cali Rohrbouck had 14 points, 5 aces, and 1 dig." 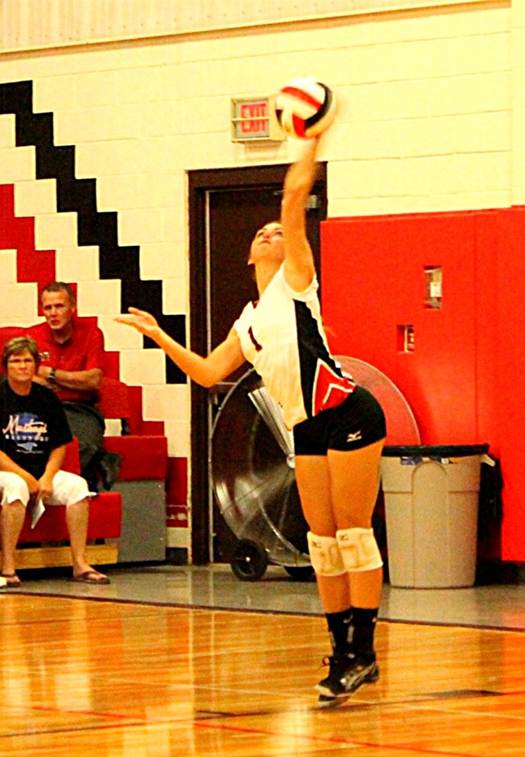 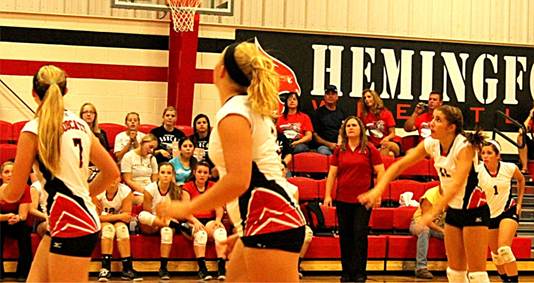 The reserves also won in straight sets against the visiting Lady Wildcats, bringing their mid-season mark to (5-3) 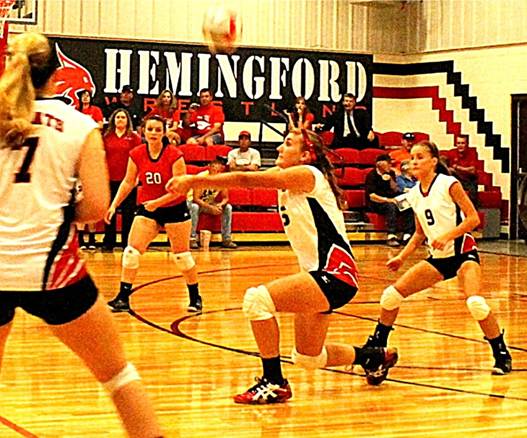 Hemingford now looks to completing their regular season slate with continued team-play and increased passing proficiency.  The Lady Cats have a September 25 home triangular with Bayard and Bridgeport. 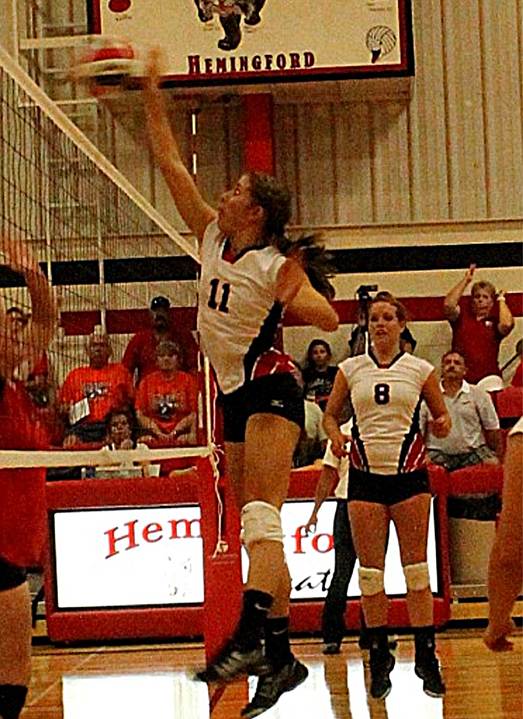 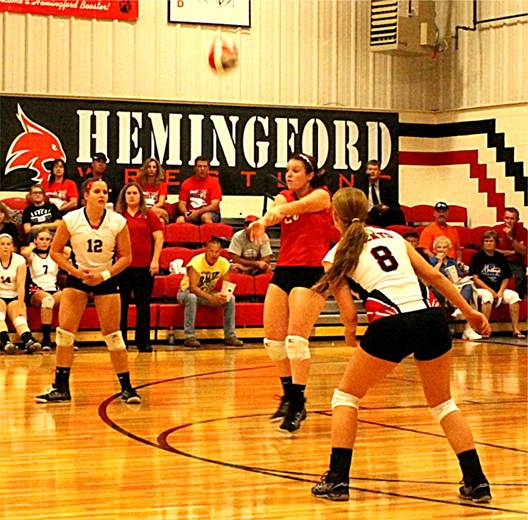 Good luck to our Lady Cats as they enter the second half of a pretty good season!